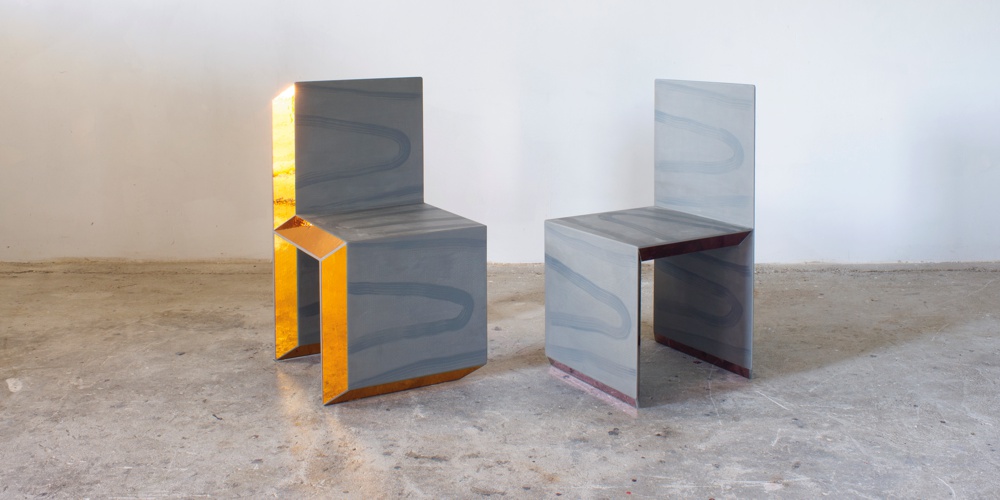 One crisp morning in October 2012 I was walking towards Berkeley Square in London Mayfair with my husband Sam Orlando Miller. We were just back from San Francisco where Sam's debut US solo exhibition The Sky Blue Series had opened to warm appraise. Sam's mesmerising sculptural mirror works had become sought after and their cultural and collectable value was firmly established. The autumn breeze was gentle. Crunchy golden leaves floated down from tall plane trees and landed on the pavement around us.

We approached our destination, the Pavilion of Art & Design. We were eager to see the exhibition. I was also aware how many commissions were arriving and felt we needed gallery representation in London. Having spent my entire career in the creative industries I am aware how closed the world can seem when you need something. However, I had a good feeling that morning as we stepped inside the tent.
Finding Gallery Fumi was a moment I will always remember. The stand exuded something I recognised, not literally, more of a feeling. I had not heard of the gallery and I had no personal connection but I felt that whoever was behind it had a keen sensibility and sense of adventure. Just like us. The works exhibited were modern, challenging and the handling of materials was thoughtful. There was ambition together with a certain sensitivity. I liked the colours and surfaces around me and how objects had been placed. Besides, the men standing beside them seemed approachable. I had no idea when I introduced myself that they were Valerio Capo and Sam Pratt, directors of the Gallery.
This is how the relationship between Sam Orlando Miller and Fumi began. It all seems so easy looking back, but I do believe the moment of meeting could so easily have been missed if our minds had not been open that day.
The first Sam Orlando Miller's work consigned to the gallery was a dazzling Untitled Mirror 5 in shades of silver and emerald green. It was swiftly sold and we have not stopped since. What followed has been a prolific, hard-working four years with a flow of commissions and Sam's work presented at prestigious international art and design fairs. There have been lanterns, cabinets, chandeliers, tables of all shapes and sizes, boxes, mirrors and pure sculptural works. We have been in full-time production, kept on our toes and, most importantly, Sam has had the opportunity to develop new ideas and new work.
For the past decade or more Sam and I have divided our time between London and a remote hillside in central Italy. Having met in Florence in our early twenties, Italy has long been our spiritual home. Sam prefers to work alone, which means many hours in the studio, a minimum of distractions and I know not to comment unless I am asked.

He begins almost always with drawings, often draws before he speaks in the morning and I try desperately hard not to interrupt a drawing. Drawing leads the way and is his way of thinking. Then comes the making. Some words of exchange are spoken; materials are ordered, lists are made, schedules are looked at, but few words are uttered that speak of creative content and meaning. That fragile line cannot be crossed.
The work must first be made and that physical process enables Sam's understanding, to see before him what is in his unconscious mind. Then arrives the wonderful moment standing in the studio beside a brand new work and we talk.

A particularly coveted work is Untitled Mirror 1, now in it's third incarnation. The original mirror was made for me as a gift to light a particularly dark interior of the Italian house we lived in at the time. Sam cut facets from old, discarded mirrors he had once found that were stacked in the studio waiting for their moment. He had been drawn to the old mirrors because the silver was flaking off and was in a state of change. Of course the supply of flaking mirror ran out, so from then on he sourced hand-made glass that he then silvers, patinating the mirror himself to creating exquisite surfaces from which he creates his sculptural works.
Having grown up in a family of silversmiths, Sam knew from childhood he wanted to be an artist, graduating in Fine Art in 1987 from Falmouth School of Art. He has an uncommon combination of skills, the perception and approach of an artist and the high level of skills of an English craftsman. He does not value silver and gold over steel or mirror, looking equally at the materials before him and how he might transform them using his personal lexicon of shapes and forms.
There was recently a commission for a palace in the Middle East. Warm pink and amber colours were chosen. Production began. Usually I can imagine what a finished work will look like but sometimes I am taken aback by what in fact appears. I might nip into the studio for some small reason and be astonished by the beauty of what he had made. This bewitching Untitled Mirror 1 had a presence of it's own that took my breath away.
Another favourite I was tempted to keep was Nostalgia Futuro 3 (2016). It was made along with a new body of eleven works for Sam's solo exhibition, Tra L'Occhio e L'Ombra at Gallery Fumi in April 2016.

Rosa Bertoli writing in Wallpaper* Magazine commented:
‘The exhibition presents two new collections, Sguardo Cubetti and Nostalgia Futuro, each exploring Miller's visual language and expanding his aesthetic research.
The designer once again worked with mirrored surfaces and geometric shapes to create the two series of objects, offering a new layer to his work.
The Sguardo Cubetti series includes six pieces shaped as trompe l'oeil grids. The large three-dimensional sculptures combine different mirror colours (obsidian grey, amber, midnight blue) with painted panels. 'A box with a door,' Miller calls each piece; the series is based on simple geometric illusions, made precious by the brilliant colour treatments.
Notalgia Futuro, meanwhile, comprises four wall-hanging pieces that merge mirrored surfaces with studio interior scenes painted onto patinated panels. Yet another illusion, the pieces are non-mirrors that 'transform the hard reality into a world of softness and ambiguity', says the designer.’
The previous year, Sam and Fumi decided upon two large-scale works to be presented at Design Miami/Basel. First came Cascata d'Acqua 2x48x3, a delicate, twinkling work stretching 8 meters wide made from hundreds of slithers of cut mirror, each one suspended from a tiny silver clasp attached to the wall with a single silver nail. Arranged in oval forms, the slithers create an illusion of solidity and depth, yet what you see before you shimmers and is not solid at all. On an adjacent wall and over 2 meters wide, Rete Corallina 6x6÷4 was a bold statement, yet within the confident geometry and form I saw a softness applied to the surface with the coral-pink painterly patina that made me want to gaze into what might lie beyond.

One thing that lies beyond is certain. Sam Orlando Miller and Fumi are flourishing. Recent attention received by Sedile Obliquo, a chair whose form includes its own shadow, has created new momentum. There is a galaxy of sparkling new mirror works, Stella Nuova. Other works are being created and Fumi will be revealing these at forthcoming fairs, at their London gallery in Shoreditch and at Gallery Fumi Porto Cervo this summer. Meanwhile, I will be doing my best not to interrupt the drawing, photographing what is made and making sure each beautiful object finds its way into the world. 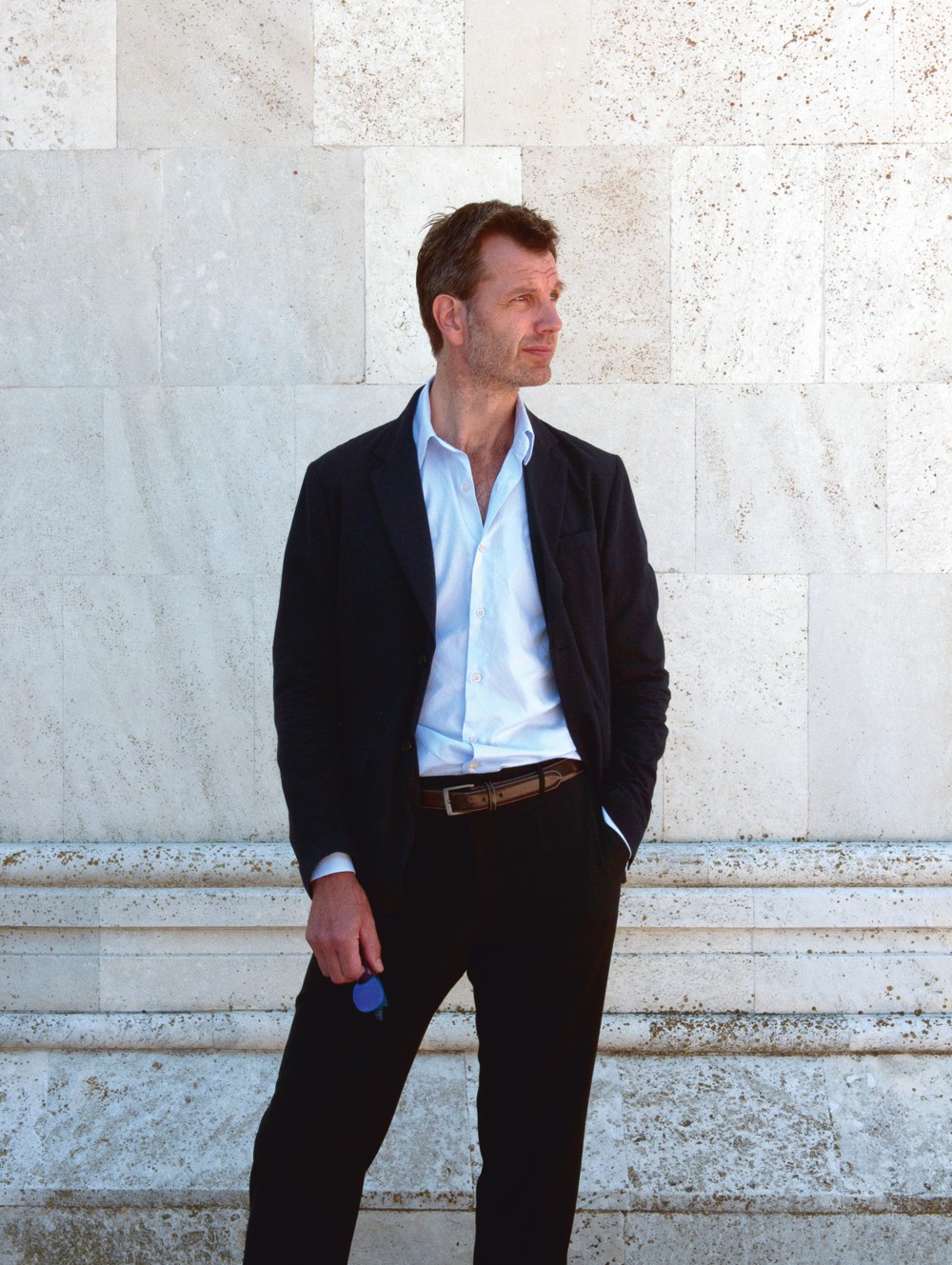 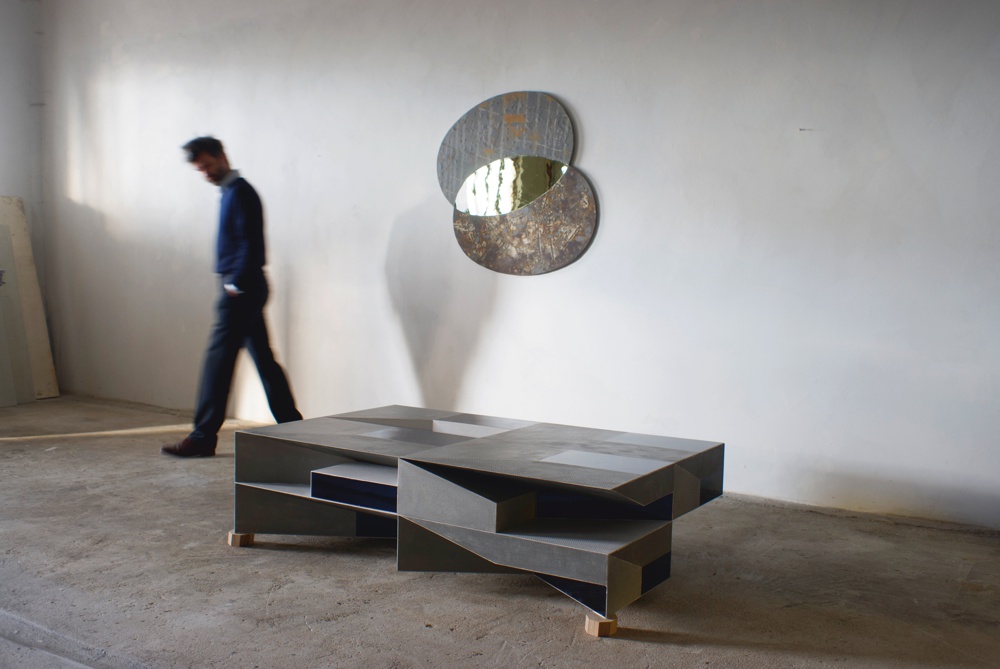 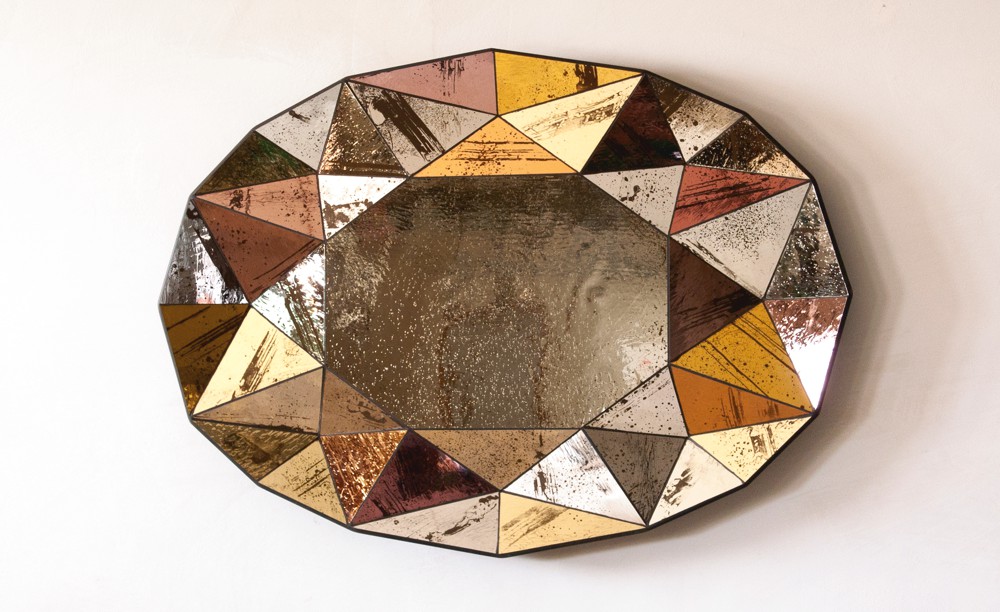 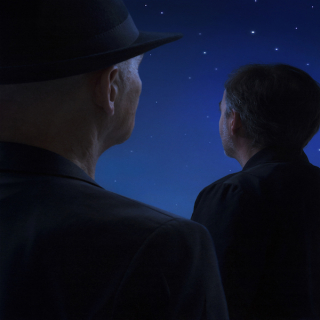