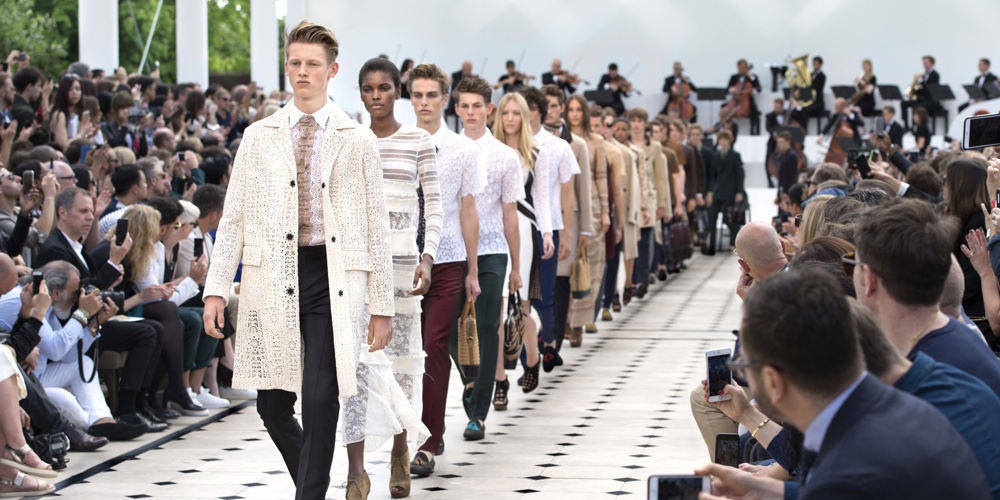 The Show The latest collection introduced authentic sartorial menswear mixed with unconventional elements and celebrated Burberry's made-in-the-UK icons including heritage trench coats, made in Castleford, and cashmere scarves, made in Scotland. Models included: Oli Green, Sebastian Brice, Ranald McDonald, Oscar Roberston and Jackson Hale. Burberry also introduced The Chelsea today – a new tailored slim fit design and a new fourth fit for Burberry menswear. The Chelsea silhouette was presented on a new Made In England trench coat and across a range of tailoring including suits, shirts and ties. A selection of women’s Spring/Summer 2016 Pre-Collection looks were also shown today on British models including Ella Richards and Malaika Firth, marking the first time Burberry has included womenswear as part of it's menswear show.

Music performance by Rhodes British musician Rhodes performed the live soundtrack to the show, accompanied by a 24-piece orchestra conducted by Joe Duddell with arrangements created especially for the show. All songs are available to download on iTunes from today.
Following the show, guests were served summer cocktails from Thomas’s – Burberry’s new all-day café within its Regent Street flagship – whilst British musicians Keston Cobblers Club, played live on the lawn.
Runway made to order offers customers the early chance to buy the collection Selected outerwear including the new Chelsea trench coat, bags and scarves can be ordered and personalised for a week until 22 June on Burberry.com, or by appointment in selected stores globally, allowing consumers the chance to own pieces of the collection months before they arrive in store.

Global show experience Viewers globally were able to experience the show instantly across the brand’s multiple online platforms on Burberry.com and fully optimised for mobile, as well as through more Burberry social streams than ever before. Live streaming through Periscope For the first time at a men’s show, Burberry streamed live via the Periscope platform, taking followers on an uninterrupted journey from the red carpet, Keston Cobblers Club’s acoustic music performance, and into a front row seat to watch the entire show. Content from the show can be viewed on the platform for 24 hours. Snapchat Content in the lead up to the show and key moments from today were captured live alongside backstage and guest arrivals, contributing to Snapchat’s “London” story. 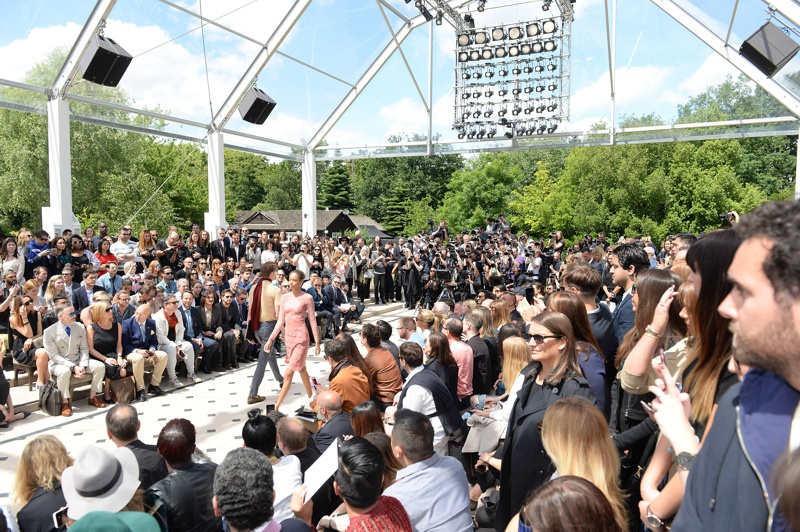 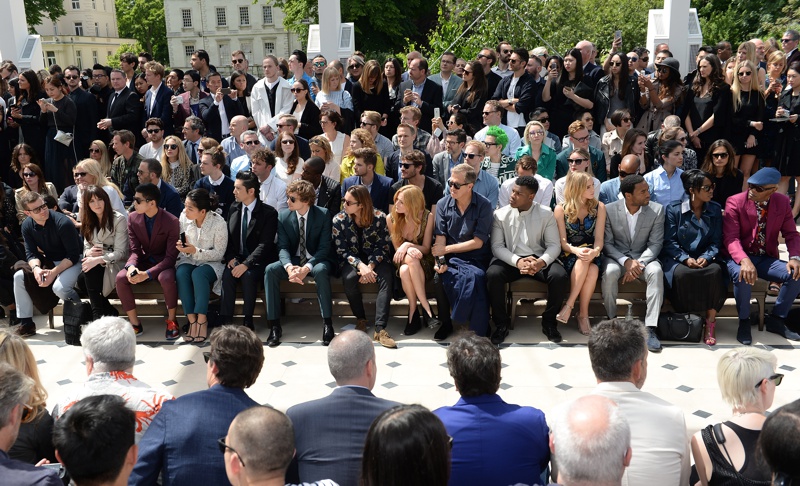 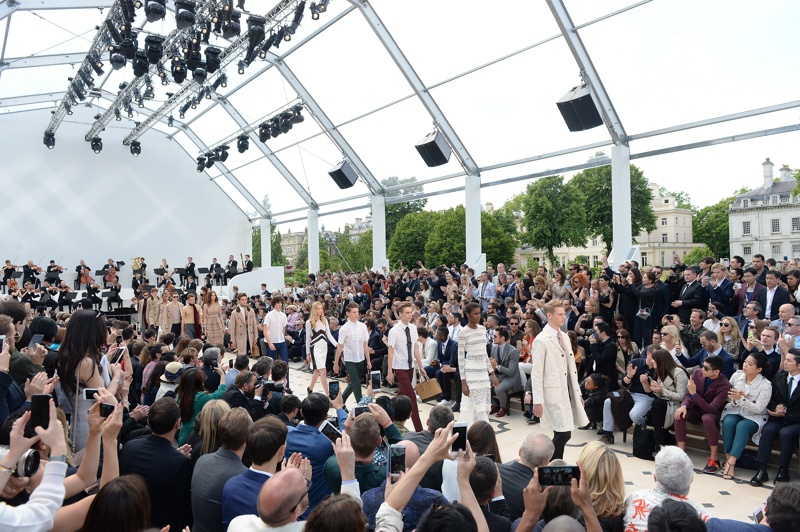 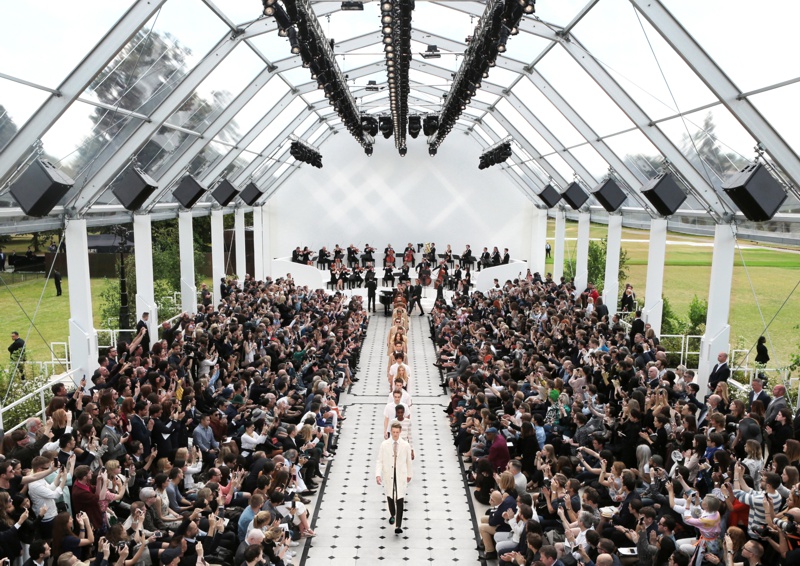 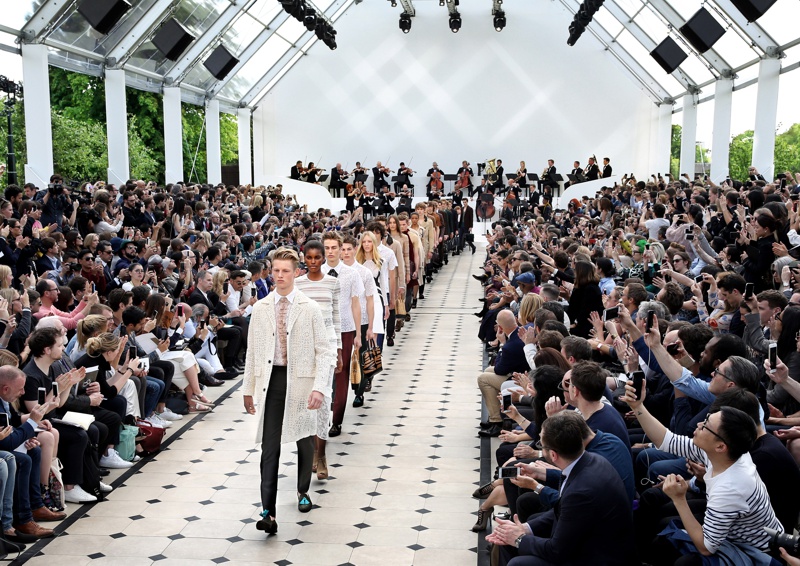 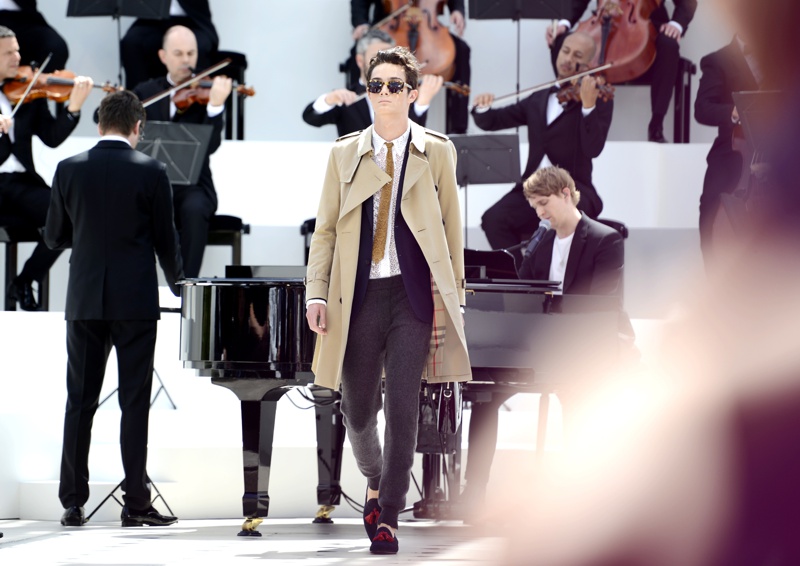