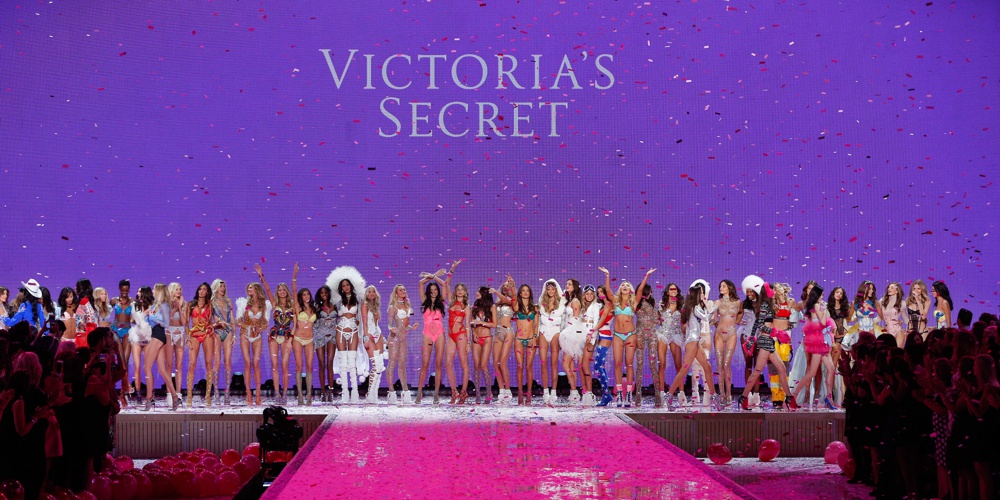 The Victoria’s Secret Angels return to New York City on THE VICTORIA’S SECRET FASHION SHOW, Tuesday, Dec. 8 (10:00-11:00 PM, ET/PT), on the CBS Television Network. The world’s most celebrated fashion show will include an all-star lineup of VICTORIA’S SECRET ANGELS

The lingerie runway show will include pink carpet interviews, model profiles, a behind-the-scenes look at the making of the world’s most celebrated fashion show, the multi-million dollar Fantasy Bra and musical performances which will be announced at a later date.

THE VICTORIA’S SECRET FASHION SHOW has become a global phenomenon, viewed in more than 180 countries and territories around the world. Since it debuted in 1995 in New York City, the show has taken place in Cannes, Los Angeles, Miami and, most recently, London.

THE VICTORIA’S SECRET FASHION SHOW is being produced by done and dusted, inc. Edward G. Razek,
Monica Mitro, Ian Stewart and Hamish Hamilton are the executive producers. Hamish Hamilton is the director.

BOHO PSYCHEDELIC
An eclectic mix of brightly hand painted flowing silk, earthy fringed suede and leather, and lux embroidery that plays tribute to the sense of freedom that prevailed during the decade of youthful exhilaration and revolution. Boho psychedelic emboides the free wheeling spirit of 1960’s rock’n’roll, from the heady decadence of Jimi Hendriz at Woodstock to the bohemian glamour of Janis Joplin and San Francisco’s Haight-Ashbury. 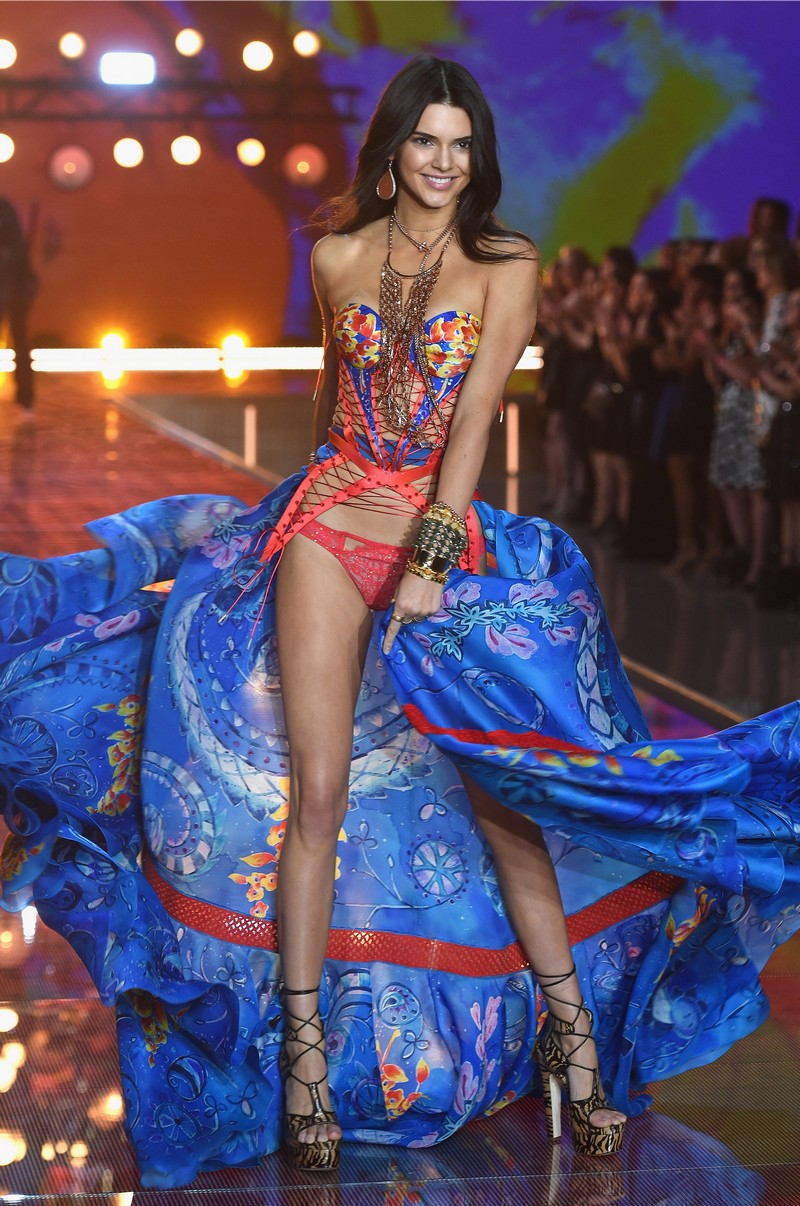 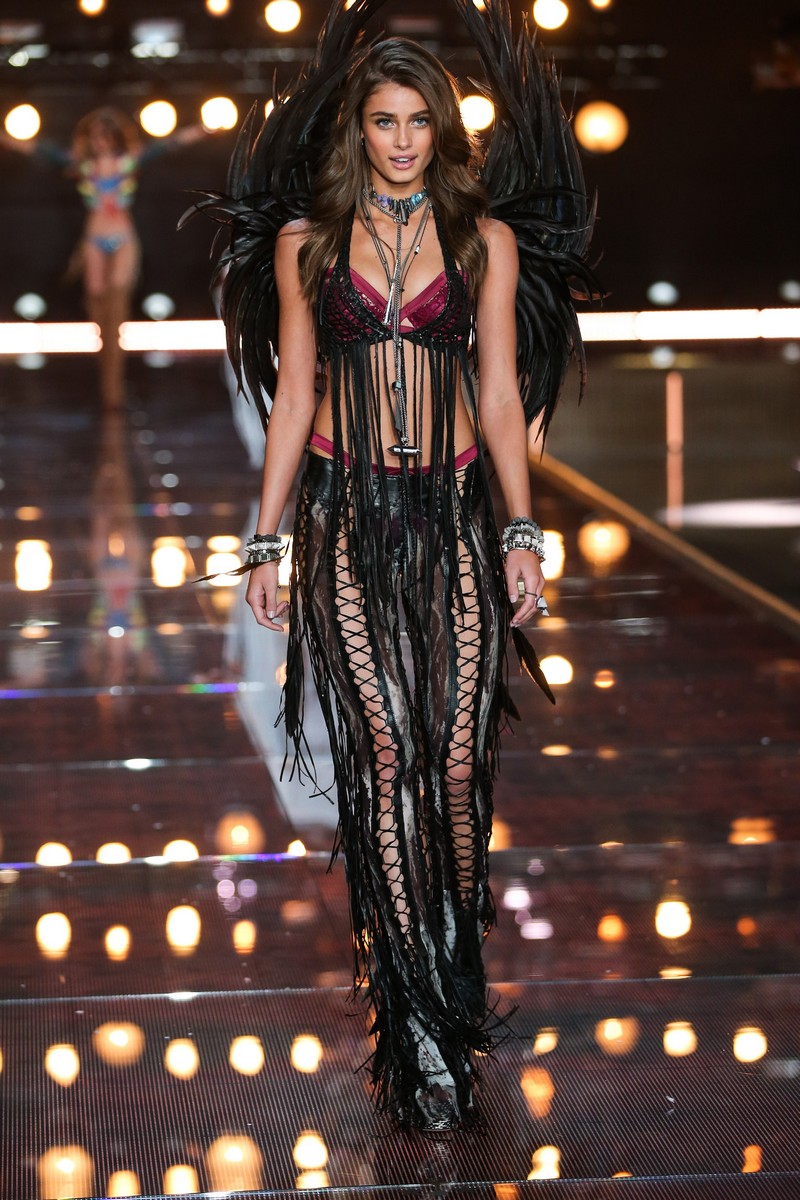 Wings flutter in the breeze as the angels move down the runway. Kaleidoscopic colors and textures echo the intricacy of a butterfly’s wings under scoring the exotic beauty of the angels themselves. As if by magic, Angels are transformed into these most exquisite, multicolored winged creatures. 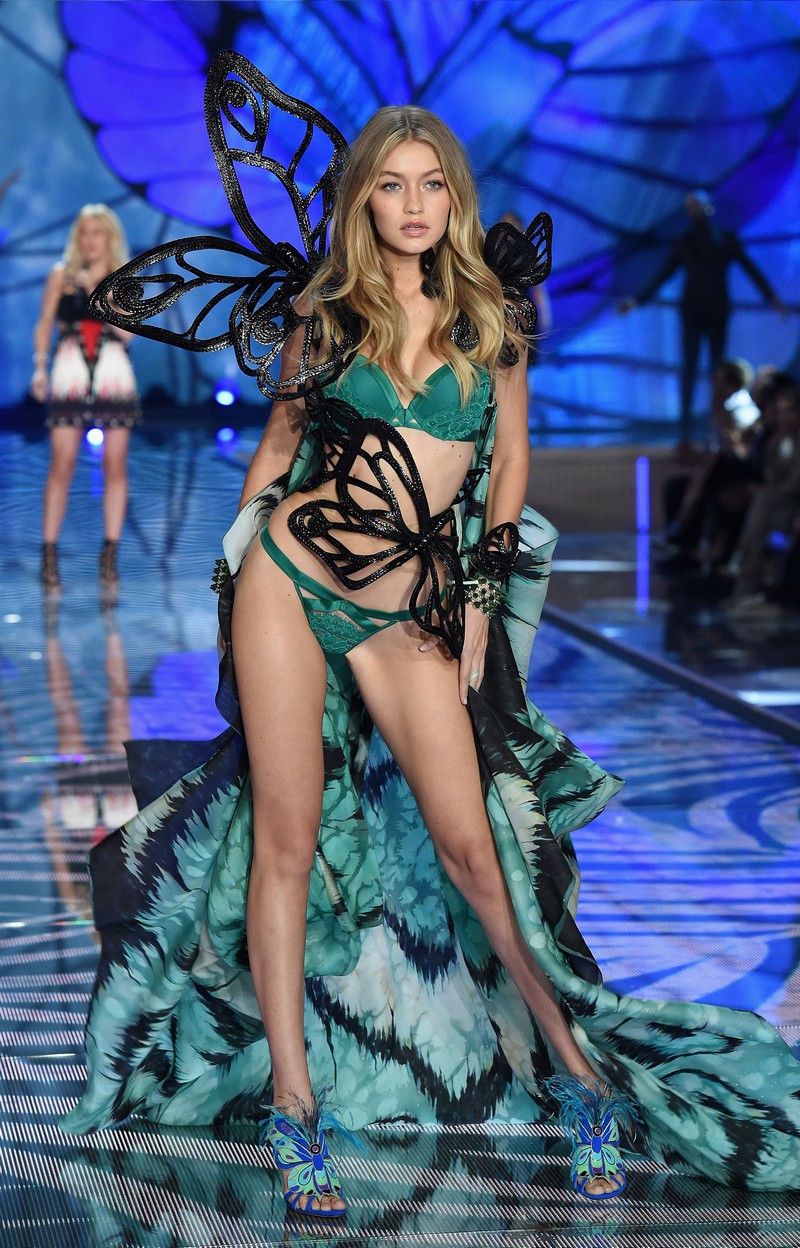 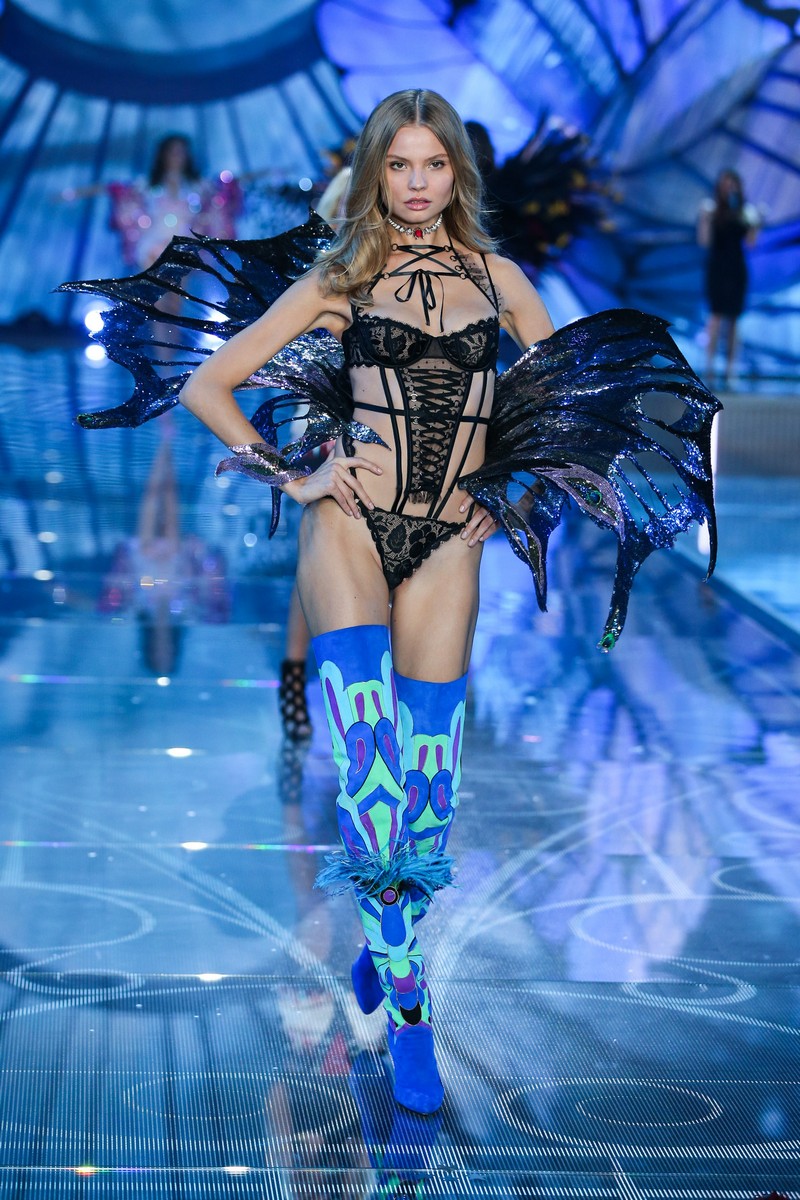 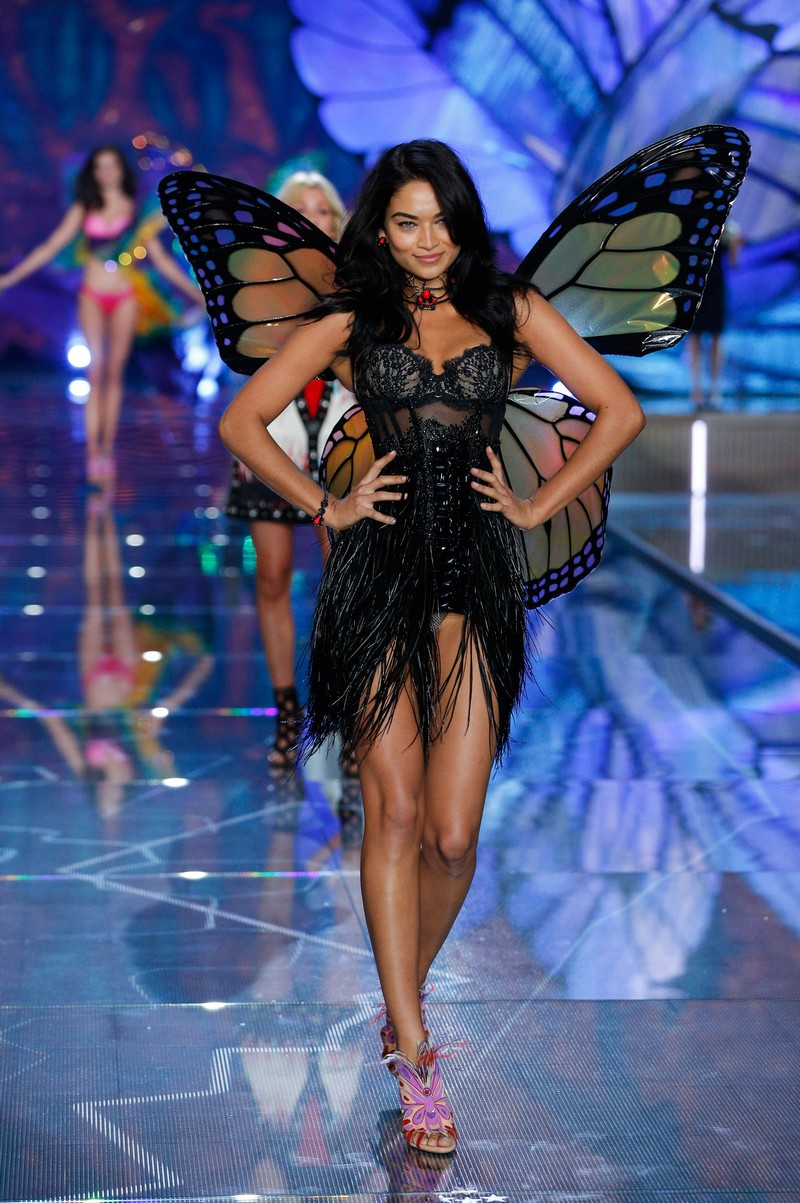 PORTRAIT OF AN ANGEL
A delicate and slightly disheveled beauty discovered behind a veil of sheer chiffon. Corsets of fragile lace in a palette of pale blues, dusty pinks and soft grays bind and contour the body creating a romantic Edwardian silhouette that exhibits the artistry of the Victoria’s Secret collection to magnificent effect. 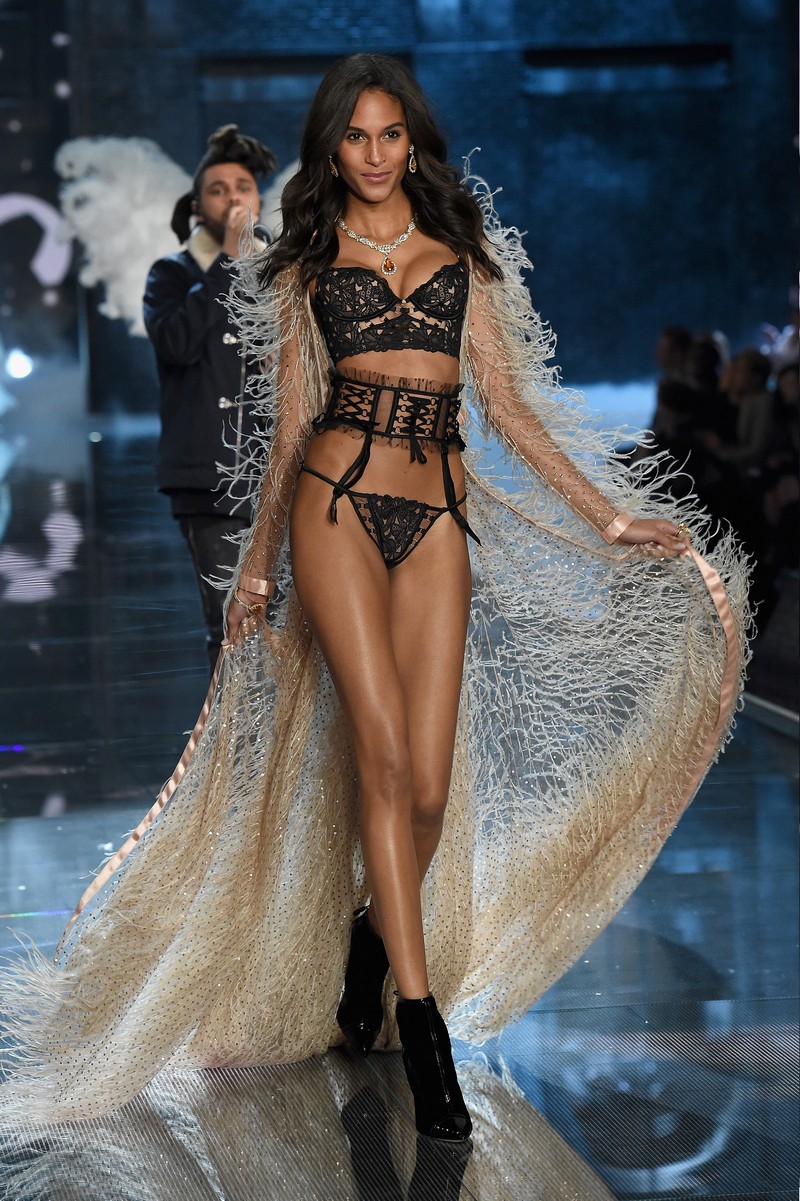 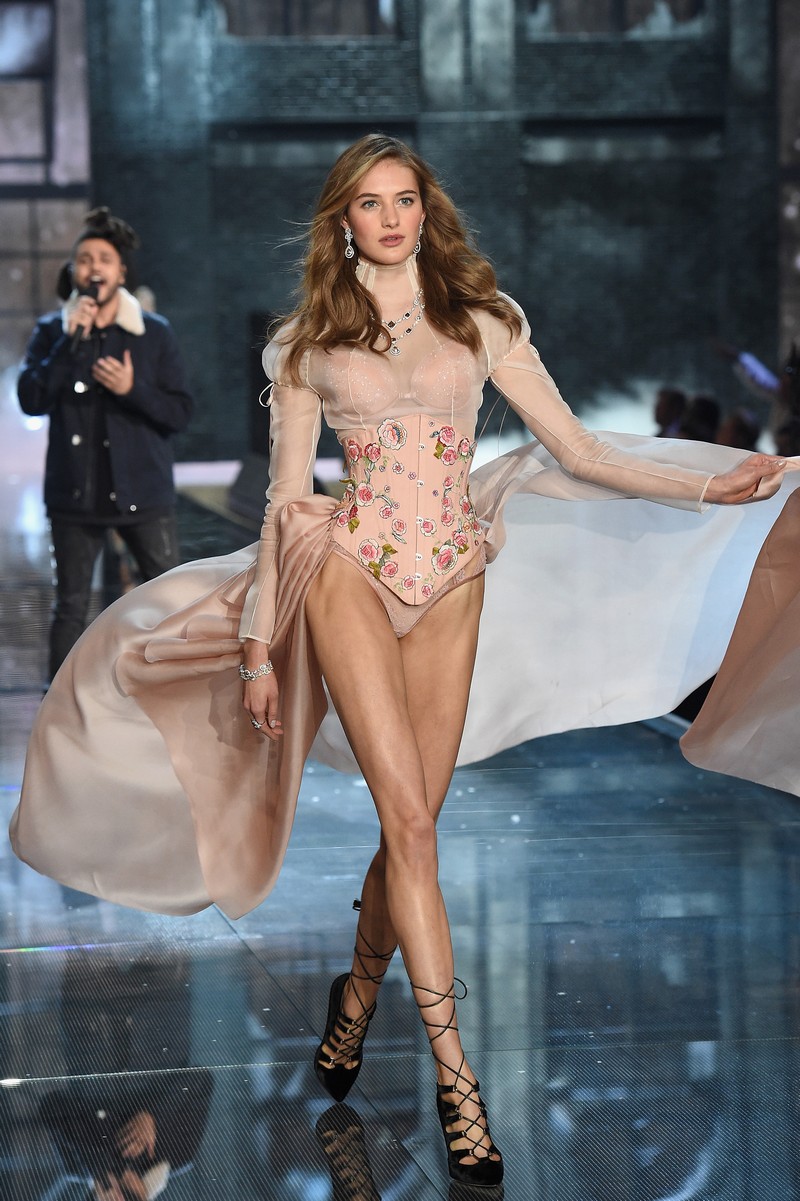 A sexy, bright and fresh parade of the modern American woman. PINK USA is a celebration of female empowerment and American icons; from the working girls of Wall street, to the free wheeling easy riders of Route 66, the gravity defying astronaut and the Firefighting hero. 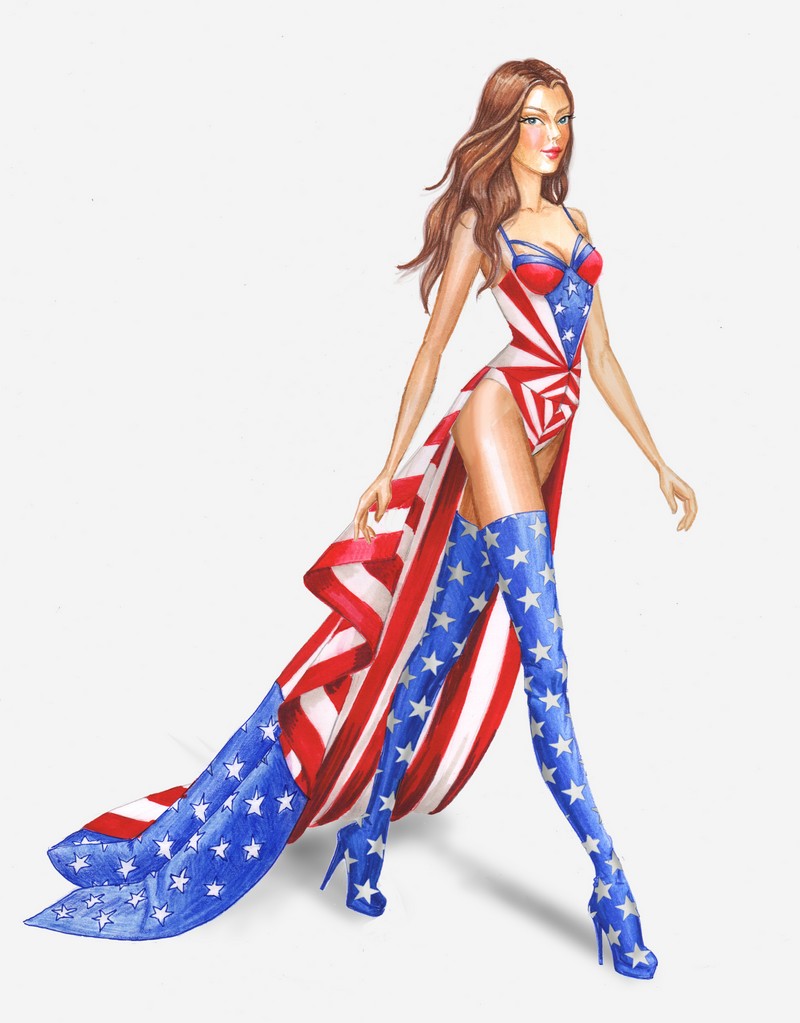 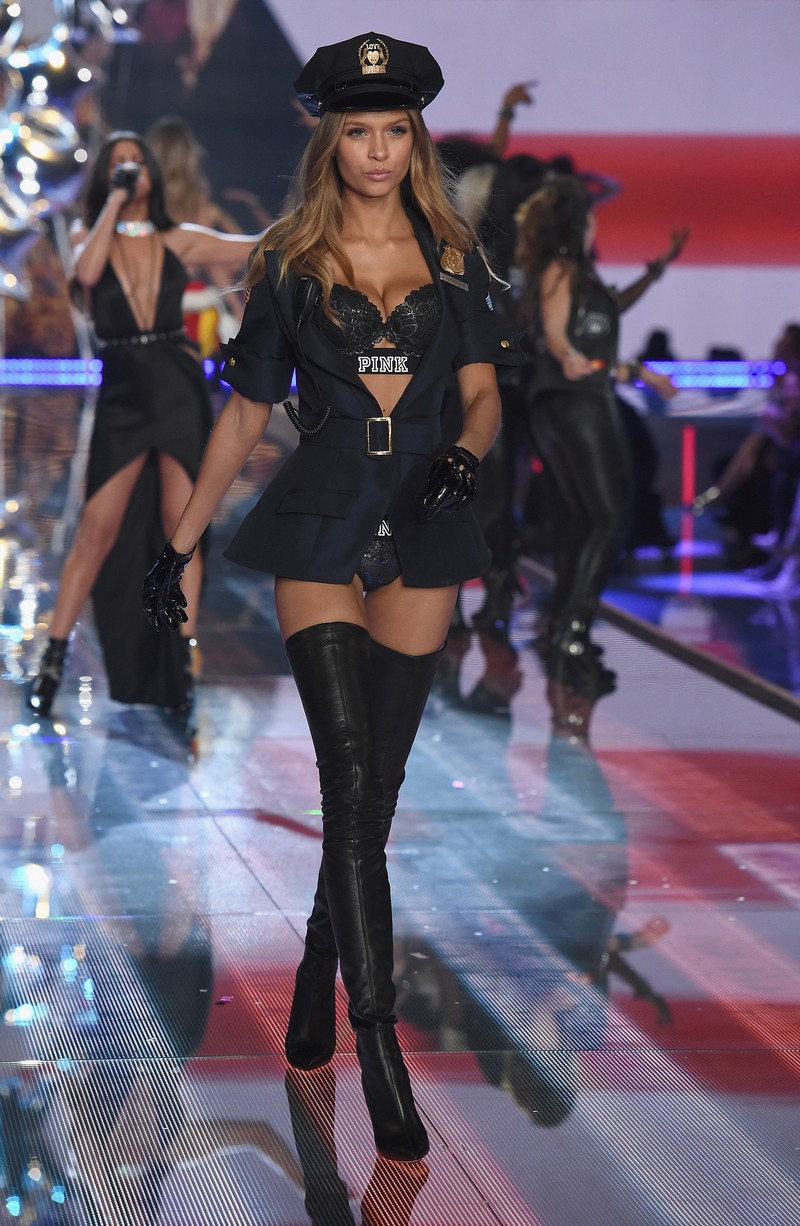 ICE ANGELS
On holiday in Courchevel, this sporty Ice Angel, a lover of opulence and seeker of luxury cavort’s in the most lavish and finely embroidered fabrics. Exquisite crystals and precious stones mimic the icicles that surround her. Inspiration captured from Mother Nature’s finest gems. 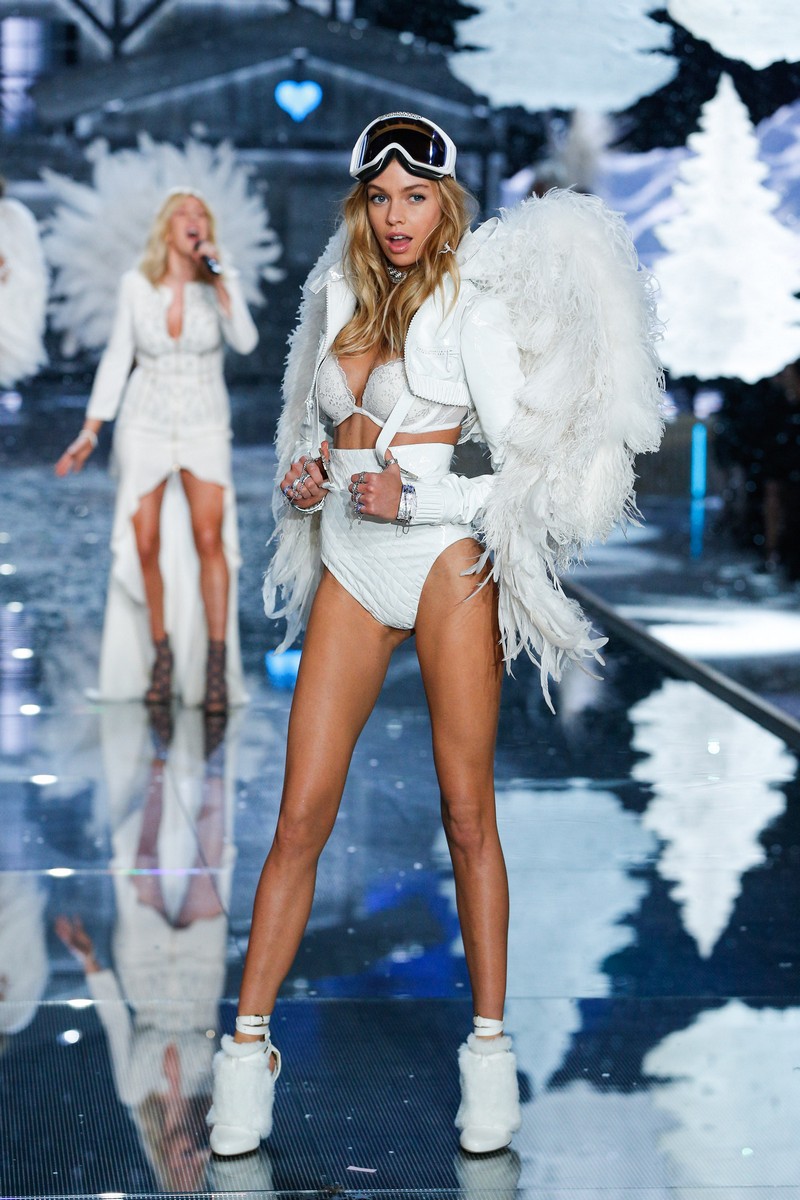 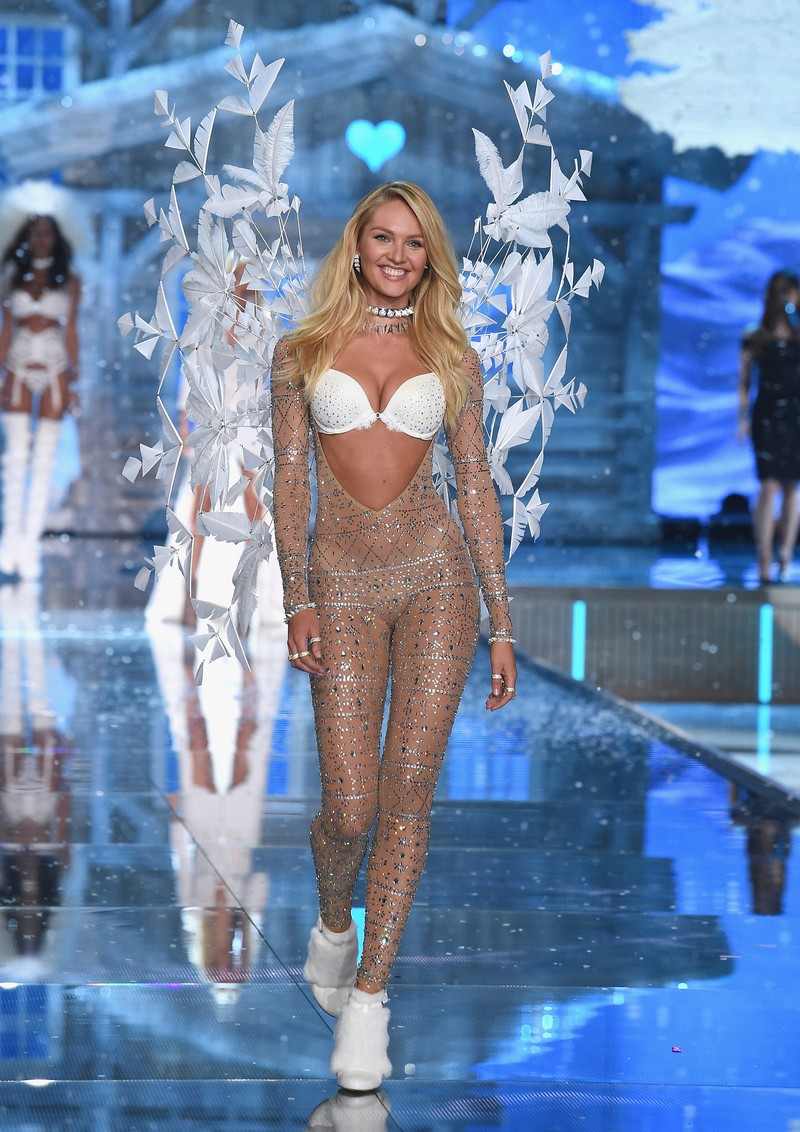 Fireworks burst across delicate fabrics in the form of beaded Catherine Wheels, Roman Candles and Rockets. Extravagant pyrotechnics shower the runway with light. Gorgeous wings in rich, vibrant hues seem to explode, seducing the audience with their drama. 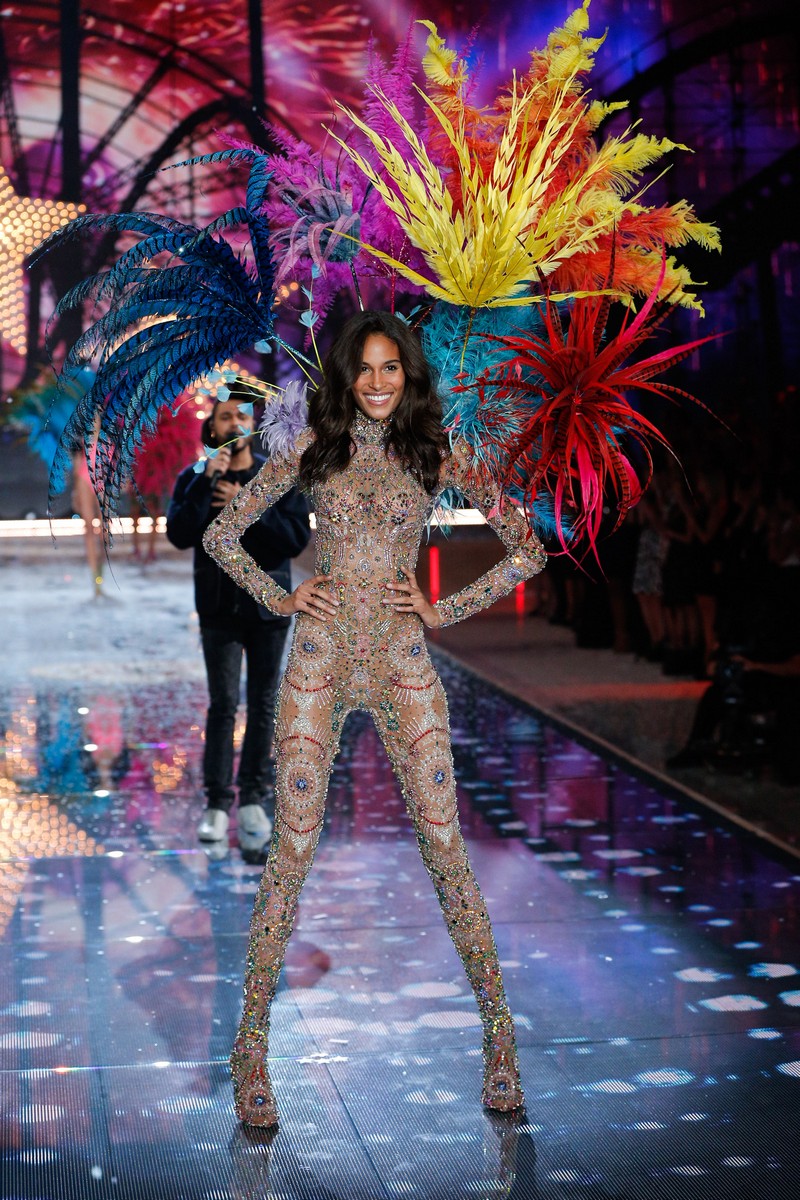 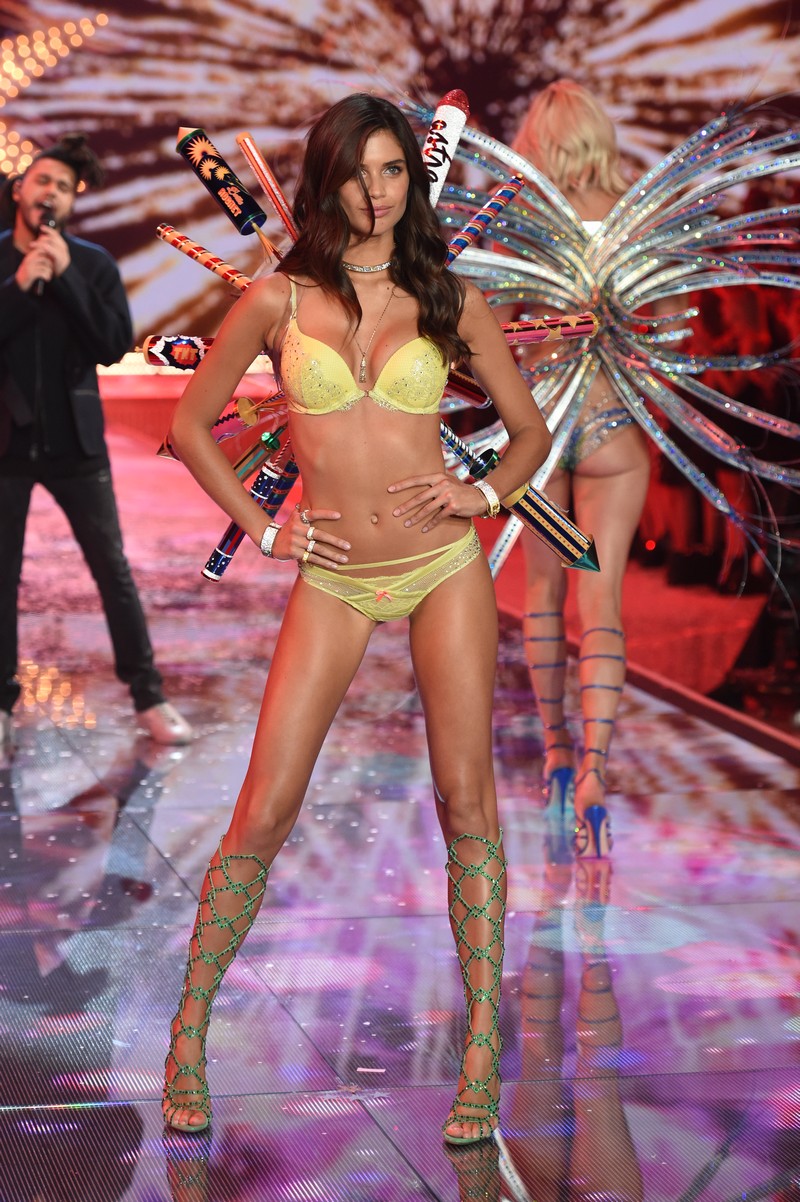