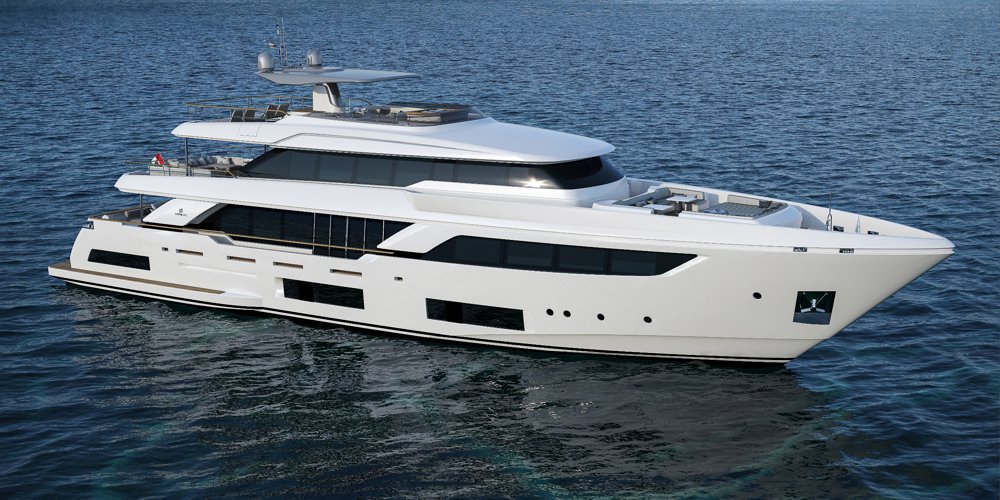 Navetta 37 is the new flagship for the Custom Line semi-displacement brand. As for the other line’s models, this 37-meter external and internal design has been designed by the studio Zuccon International Project. For this project they offered several designing elements, significantly innovative when compared to other models of the same category on the market.

37-meter long, the new Navetta will be the flagship for Ferretti Group’ semi-displacement Custom Line series. The first model, whose premiere occurred last February in Miami Beach during the  “Yacht & Brokerage Show”, will be officially presented in the 2016 Summer. For the new model the Studio elaborated the external and internal design, in collaboration with the Group R&D department.

The entire project developed around the idea of formal contamination that allow to add new elements to the features that characterized the classical model and have proved so successful through the years. Bernardo Zuccon, project manager for Zuccon International Project,underlines how theStudio has adopted  «a new designing formula that would guarantee the greatest possible comfort on board, while at the same time lending the vessel more dynamism and sportiness, thus intensifying the appeal for all the Owners who are not necessarily looking for great speed but still feel the charm of the sporty lines. The exterior design perfectly reflects this idea of dynamism: the lines are slender and essential but, at the same time, are able to transmit great sense of solidity and strength.  All in the name of a 'Timeless' product, that can live and sail for a long time».

The Navetta 37 distributive layout does not deviate from the traditional series’ principles, a three bridges  solution plus the sundeck; a clever distribution of the volumes, though, result in an optimal exploitation of the spaces onboard, making thus possible to adopt solution that can usually be found only on much larger boats, such as, for example, a complete separation of the board flows: total privacy for the Owner and his guests and ample freedom of movement for the crew.

As for the interior design, the main focus has been on the stylistic interpretation of the significant given from the word 'Custom'. As for all the Custom Line models, Navetta 37 ’s decor is entirely customizable and the Owner has to be able to décor his yacht according to his desire. This meant that on one side the Studio was focused on locating those industrial elements that could allow a productive standardization, while  on the other hand releasing a few functional and distributive elements, so to ensure wider chance for a customization. The external areas, for instance, were conceived as empty spaces to be fulfilled: wide terraces above the sea with just few fixed elements and a wide assortment of loose furniture. The panoramic cockpit, as well, is entirely customizable and the bow outdoor area at the can also be furnished according to the Owner  taste and equipped either with a hidden garage or a scenic hot tub.

In the interiors, apart from a physiological structural rigidity defined by the layout, the Owner will have a wide range of choice regarding materials and furniture. Among the most innovative elements on board there is the full beam Owner suite: Navetta 37 is in fact the first in the Custom Line series to feature a fore wide body area, thus allowing the Owner to exploit at best the space in that portion of the yacht.

As the architect Bernardo Zuccon explains: «The concept of Navetta embodies a very romantic element: in close connection with the history of navigation, it highly represents the passion and dedication towards the sea. Zuccon International Project  has developed over the years a personal interpretation of this relationship, which has become an essential element in the definition of each project and a starting point in everyone of our jobs: outdoor spaces are appraised to the full so to maintain a direct and constant contact with the sea. Therefore, onboard the Navetta 37, it was carried out a balance research to promote outdoor spaces, keeping them in close relationship with the interiors to create a visual and physical connection with the surrounding environment. Perfect examples of this interconnection can be found on the Upper Deck, where a sliding doors system allows the outdoor terrace to enter the internal living area creating a single environment, and on the Main Deck as well, where sliding windows allow to set up a very formal dining area without ever losing contact with the sea. With the same prospective, the bow area has been enhanced and strengthened: no longer an exclusively technical space while more of an increasingly exploited area, with great potential to become one of the main focus for the on board life. The Sun Deck remains a key element thanks to the panoramic view, a private and exclusive deck entirely dedicated to the guest’s relax and amusement».

With four VIP cabin on the Lower Deck, plus the Owner suite, the Navetta 37 can host up to 11 guest and 6 crew member. In engineering the new flagship provides its Owner with four different possibilities of motorization. Once again, the customization is complete, you just have to choose how would you like to experience the sea. 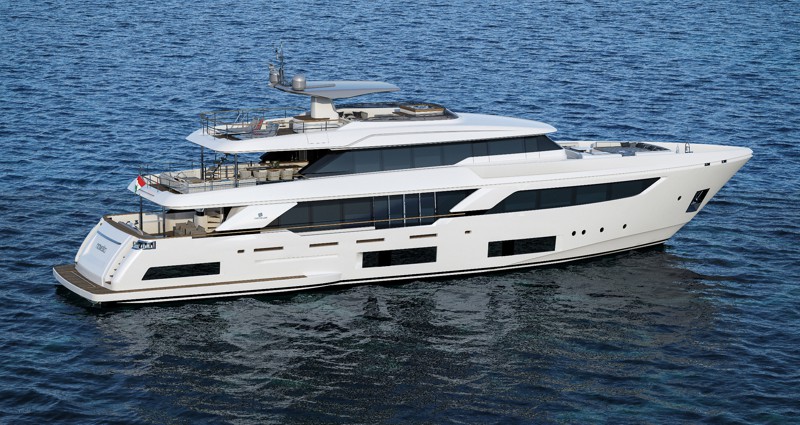 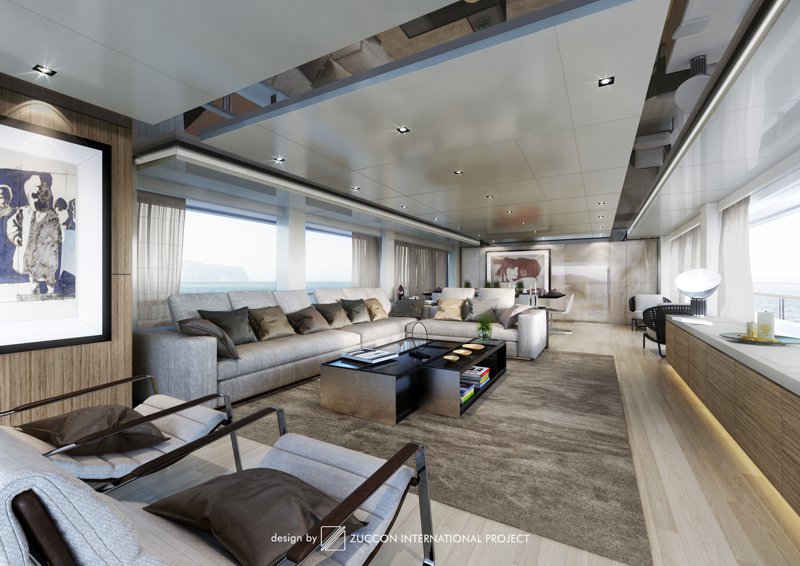 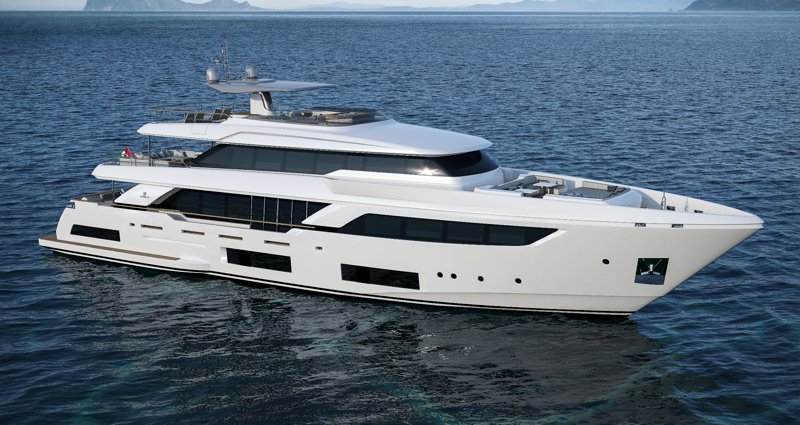