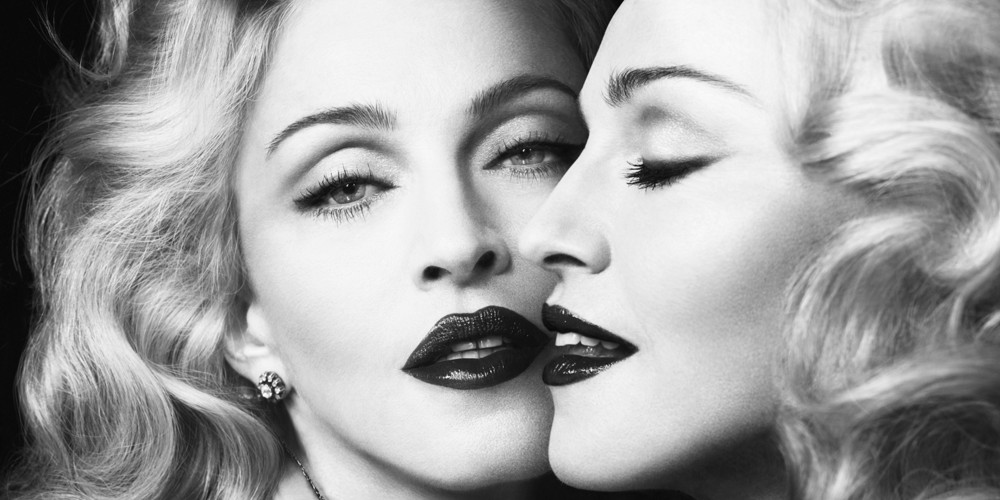 Sexy, provocative, innovative. The undisputed pop queen of the 80s, a glamorous icon of the global music scene: she is Madonna, singer and actress with Italian roots, star of the "avantgarde"

(the Flavorwire site - online journal of art and entertainment - included her among the 40 most stylish music stars), able not only to anticipate any trend, personalizing it with an unique and original style but also to launch them continuously over the past thirty years.
Versatile and talented, Madonna has made the link between music and fashion fundamental. She has shaped the image of pop stars, bringing out new iconographic looks and becoming one of the most influential artist in music history. Staring with a disco street style, enduring, cheap and glittering accessories, through the lace of Like a Virgin up to the dark outfits of Frozen and glam-chic, introducing bustiers and corsets: from then on, Madonna has passed various appearances: Victorian, Bohemian, and much more.
Madonna and Jean Paul Gaultier. The partnership between the global pop star and the designer has determined the recent fashion history: in fact the famous cone bra is from the 1990s, worn for a tour that became legendary, with a title that is a statement of intent: Blond Ambition, as if to give reason – bragging sarcastically – to the distinguished critics such as Mick Jagger, who discarded her as "one drop of talent in a sea of ambition". The arrival of the power dress is the final construction piece of a hyper-erotic character, born with Like a Virgin (1984). As for costumes and scene styling, Madonna never mistakes. In her wardrobe, there is no lack of flamenco outfits, over capes and skimpy clothes embellished with sequins. In her latest world tour "Rebel Heart Tour", the American artist has collaborated with Alessandro Michele (Gucci's creative director) that helped with turning this tour into a spectacle.
Her private life is known for scandals, gossips and court cases. On august 16th, 1958, on her birthday, she marries a not yet very famous Sean Penn, who she had met a few months back on the set of Material Girl. Soon they became one of the most iconic couples of the eighties and their turbulent relationship nurtured long tabloids pages, included betrayals, accusations and fights. In 1989 they divorced, immediately after which she ended up in the arms of actor Warren Beatty. In 1994 she began a relationship with her personal trainer Carlos Leon with whom she had her first daughter, Lourdes Maria and in 1998, she meets Guy Ritchie who she marries in Scotland in December 2000. In this marriage, they have a son, Rocco John, while in 2005 the couple adopts David Banda, an orphan child they meet in Malawi during a visit to support a humanitarian project aimed at building an orphanage and carrying out a campaign of AIDS prevention. In 2008, they divorce.
However, to get to the nowadays, where she is identified as a cult, and her personality is practically worshipped, she had to go through a long and bumpy road. According to Roland Barthes, a sociologist who has studied the birth of myths in the modern society, there is no doubt: pop always find its way and Madonna is no exception because during her early years she "steals" from the Minelli and "apes" Cyndi Lauper.
There is nothing sensational in the early days of the young ambitious Italian-American damsel: not tall, not beautiful and not particularly in tune, but desirous and determined enough to say goodbye to the province at age 18, and hello to New York. 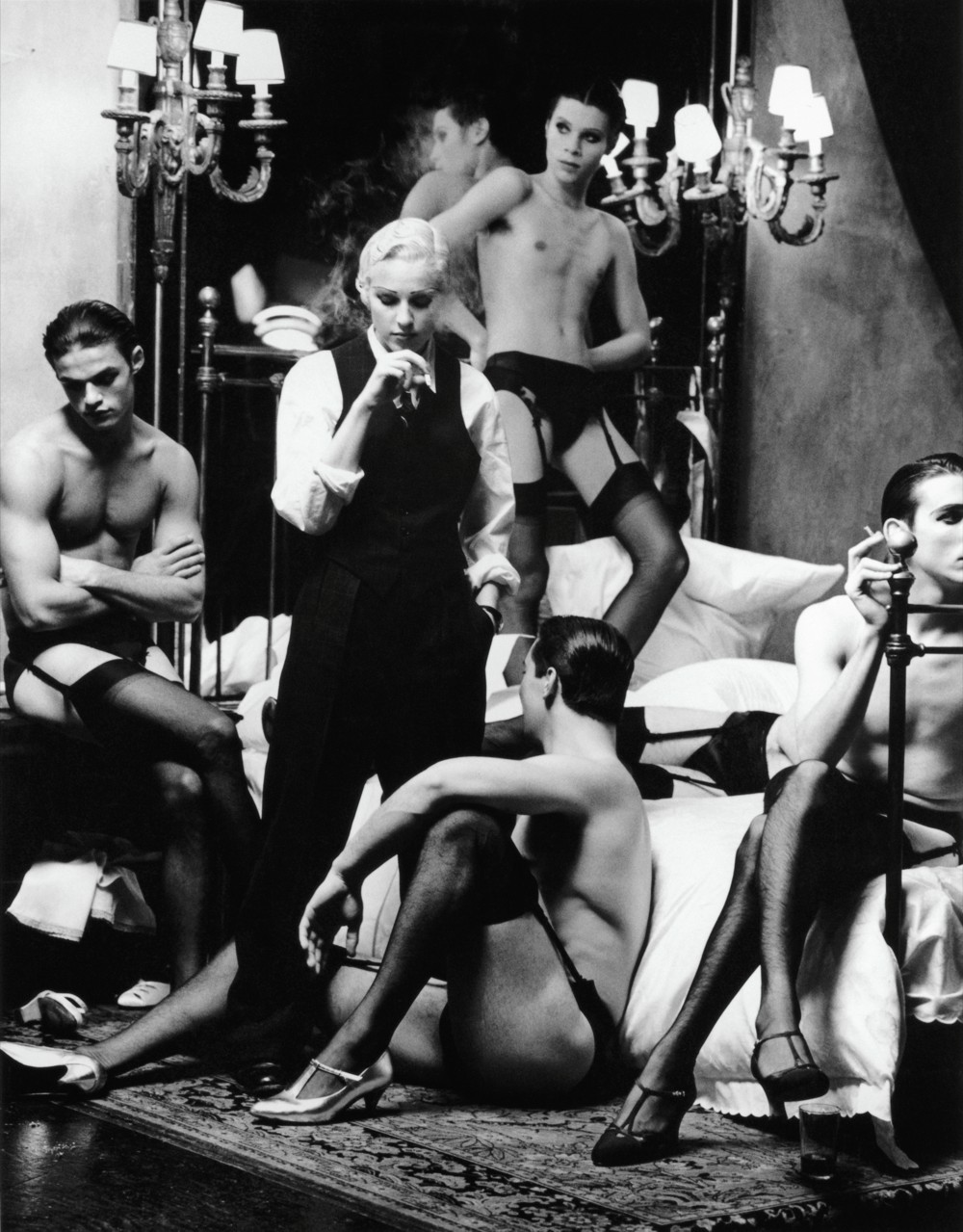 The enduring fact is that Miss Veronica Ciccone is the undisputed pop queen of the world, with its chameleon-like ability to change and transform everything around her, often placing herself as the promoter of new trends. Her success is based on her talent, her charisma and the ability to surround herself with designers who hallowed her image until it became iconic. In thirty-year career, including world tours, hit singles, films and books, Madonna has never gone unnoticed. Back from 1982, she has captured the attention of thousands girls who turned her into a role-model and tried to imitate her provocative look, singed her songs and gradually transformed her into a symbol of feminism, sexual freedom and expression.
Madonna, against all odds, went through decades by living in total harmony with the society, creating a strong impact on the fashions media, often directing their paths. An all-inclusive artist: singer, actress, dancer, director, skilful entrepreneur, the bee queen of pop music, foxy provocateur, but also a mother and woman of great humanitarian and social engagement (founder of Raising Malawi Foundation).The fashion designer Elio Fiorucci characterized her as an "amazing girl, able to free other girls form the fear of sex, fear of love, fear of deciding for themselves and she won because she had values. If she had not had values, people would not have accepted her, but she always spoke divinely. For me Madonna is almost a Saint."
The French philosopher and sociologist Jean Baudrillard dedicated her an analysis of the phenomenon Madonna in his book "The Perfect Murder".
Badruillard wrote: "Madonna is fighting "desperately" in a universe with no answers, the universe of sexual indifference. Hence, the urgency of oversexed sex, whose signs exasperate from the fact of not turning to anyone any more.” …“She can play all roles. But can she do it because she has a strong identity, a fantastic ability of identification or perhaps because she doesn't have it at all? Certainly because she doesn't have it, but the essential thins is knowing how to take advantage of that. "
Blasphemous and provocative, poised between sacred and profane, she has had collisions with the Vatican since 1989, when the video of Like a Prayer was considered "heretical" by the leader of the Church in Rome. An artist capable of delivering on stage at her own concert in Philadelphia (September 24th, 2015) an exciting interpretation of the song "La vie en rose" for the Pope Francis:
"Rules are for fools – Madonna said to the public – that's why I like the new Pope. He seems to have an open mind." Then she joked that it seems like the Pope was following the steps of her tour: "The Pope is following me, perhaps he's trying to copy me. Or he might be secretly in love with me. "
The lasting bond with fashion continues, and there is always something to tell when she is around. Besides, Madonna and her mythical heroic figure of romance and fatality will keep shining for a long, long time.
Eternally. 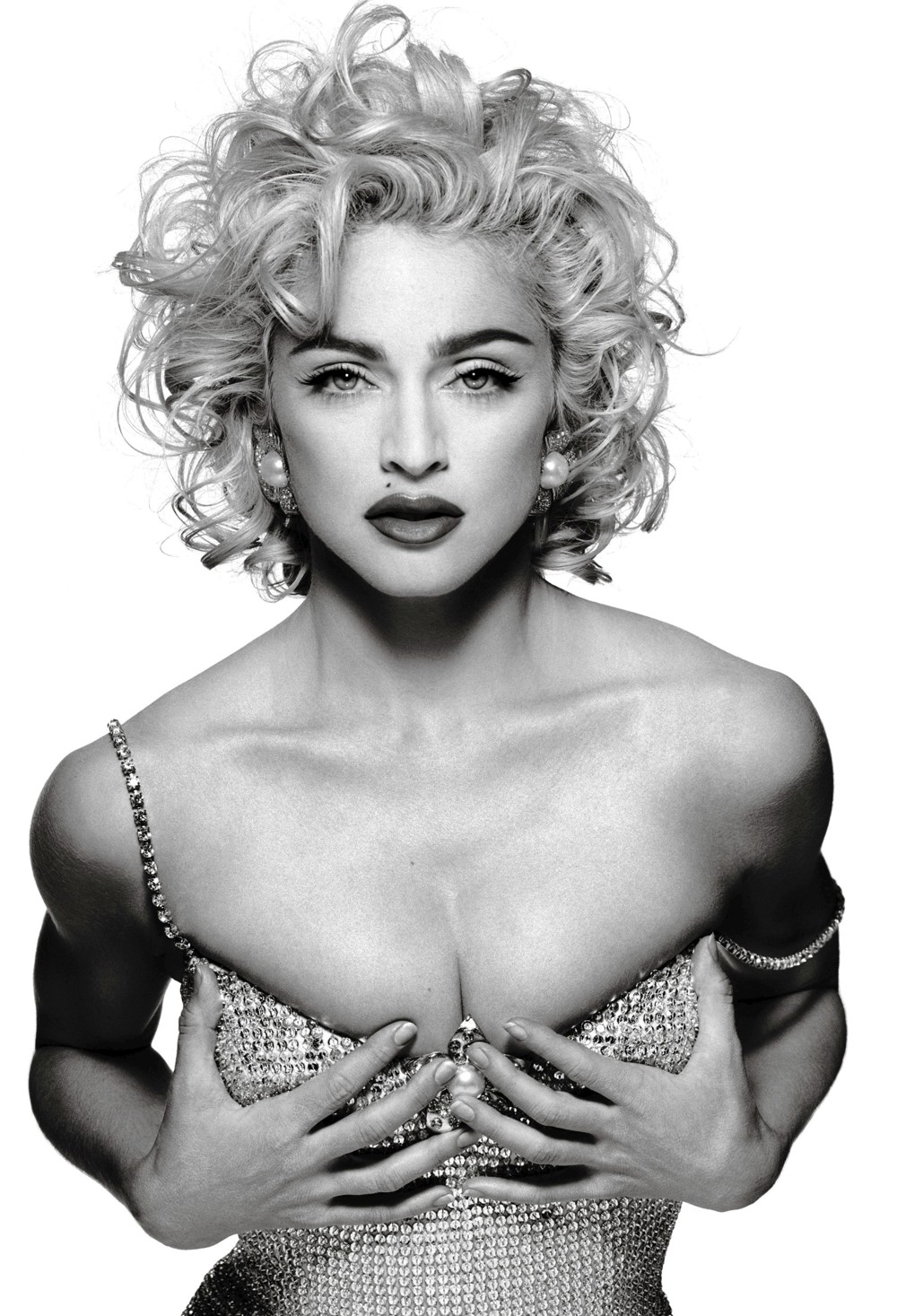 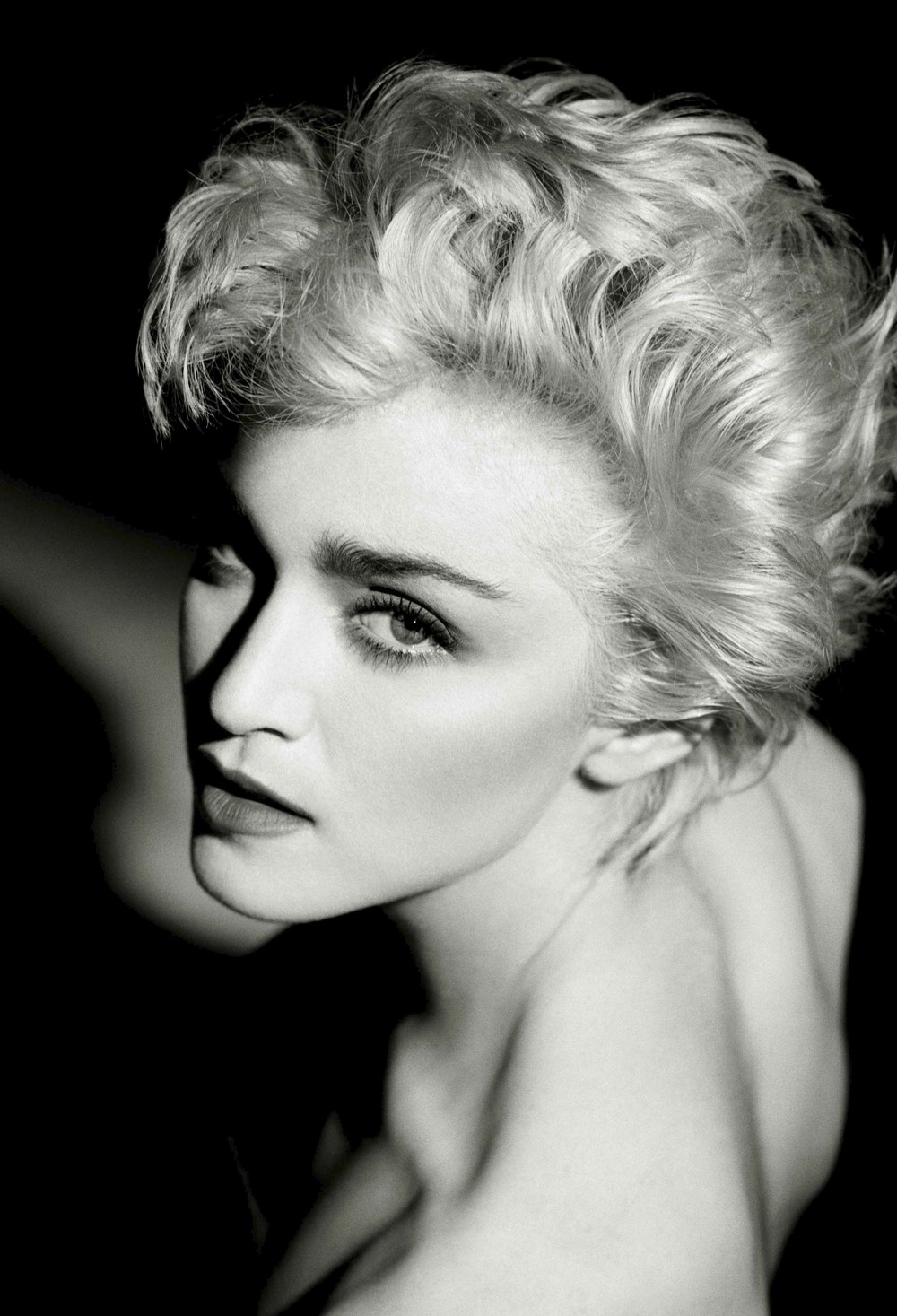 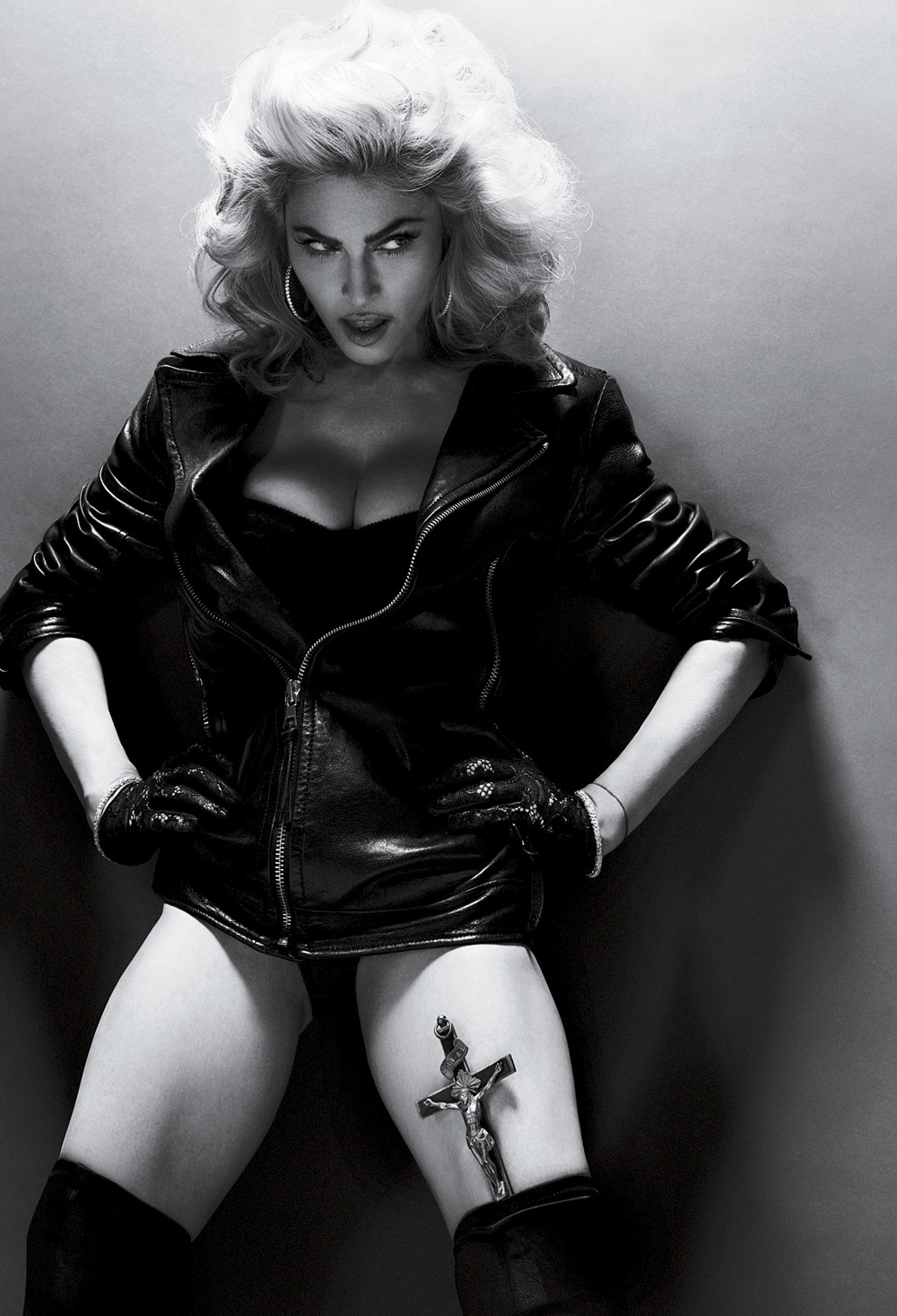 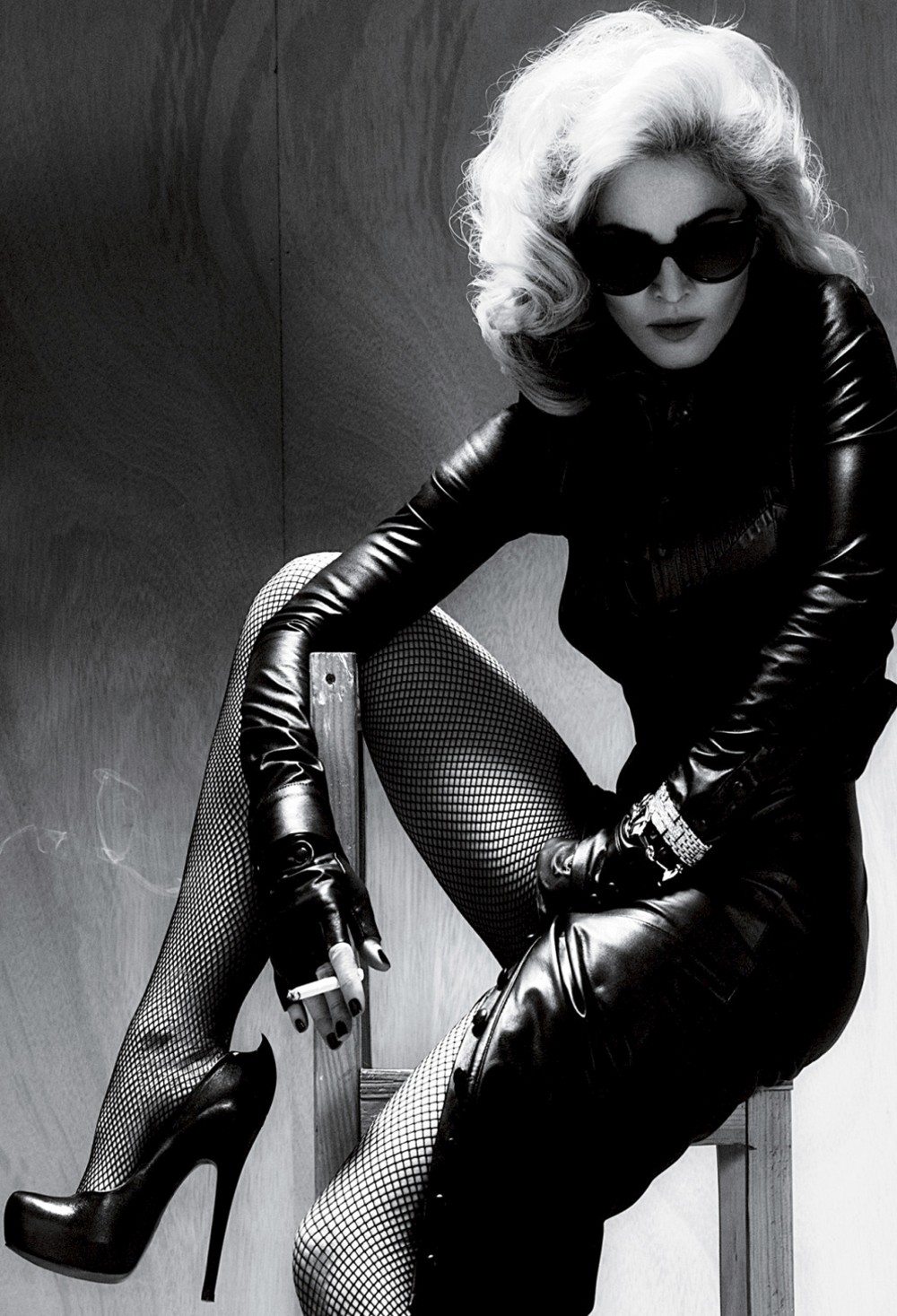