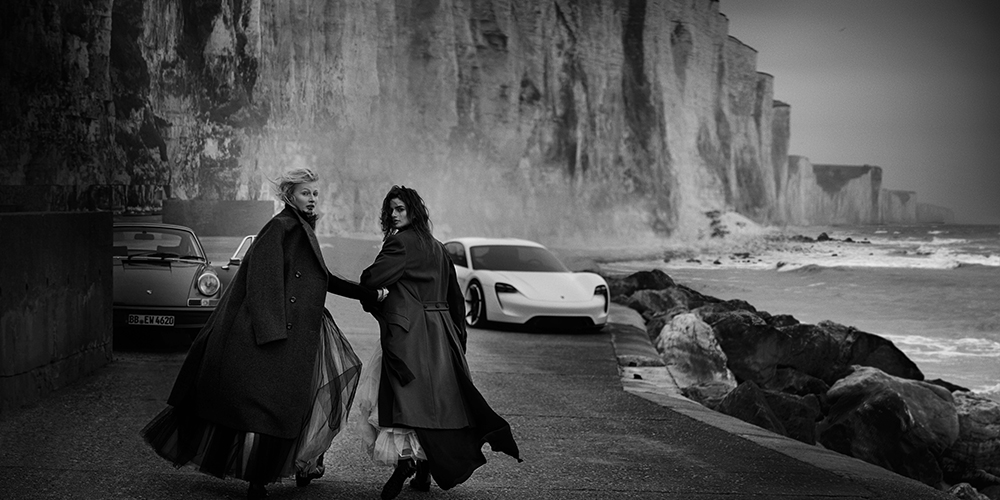 The “70 years of Porsche sports car” anniversary made it all possible: Peter Lindbergh, known for his fashion photography and his images of well-known subjects, has done Porsche the honour of making the concept study of the first fully electric Porsche, the Mission E, and the iconic 911 sports car the subjects of a new series of photographs.

The location for this very special interpretation of the Porsche anniversary was a beach in Ault, northern France. “For me, Porsche has always expressed something unique, something personal. And always without any claim to perfection. The result is a unique kind of poetry”, says Lindbergh. 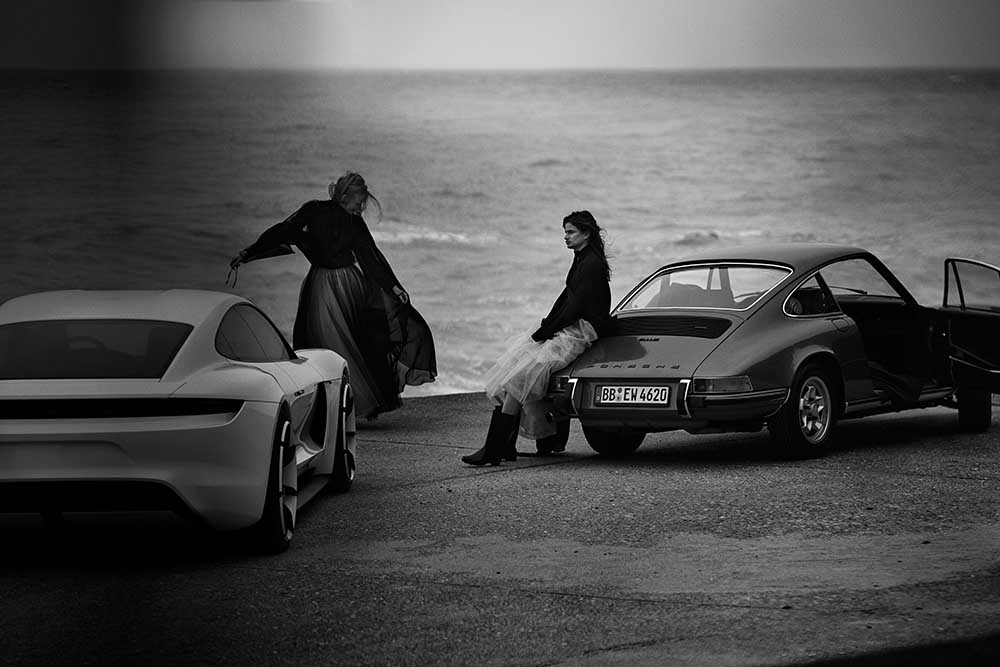 It was not just the subjects that made this shoot such an extraordinary project, for Lindbergh and for Porsche:
The photographic series was created as part of the “Porsche Talent Project” that was launched by the sports car manufacturer last year with the aim of giving young artists the opportunity to collaborate with the greats from the field. Skander Khlif, a young artist from Munich, shadowed Lindbergh on the shoot, and had the opportunity to produce his own images under the guidance of the photographer to the stars. Lindbergh enjoys being a mentor, but rarely gets the opportunity. “We are delighted that we were able to secure Peter Lindbergh for the ‘Porsche Talent Project’. His images offer a unique interpretation of a story, and his methods are completely inspiring. Seeing him work with the young photographer reaffirms our commitment to offering aspiring artists a unique experience that will help them to progress in their careers”, says Bastian Schramm, Director Marketing Porsche Deutschland. 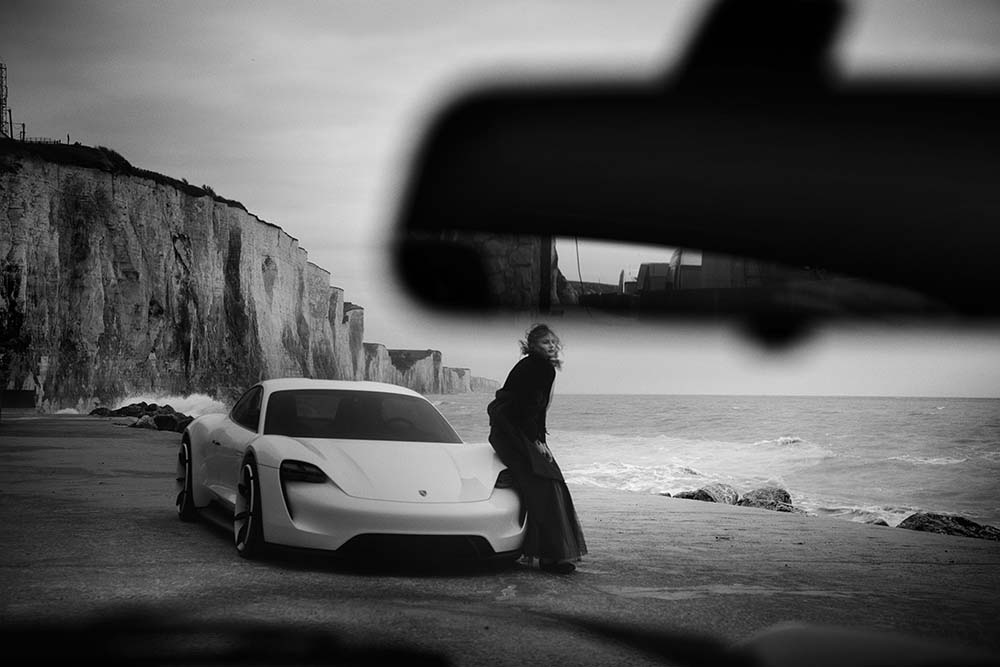 This is not the first success for the “Porsche Talent Project”, which at the end of 2017 gave talented young people the opportunity to work with Berlin-based designer clothing label “lala Berlin” on the company’s “triangle scarf” and produce their own take on this famous accessory. Working in co-operation with Porsche, networking site Talenthouse selected six finalists from a pool of more than 50,000 artists. 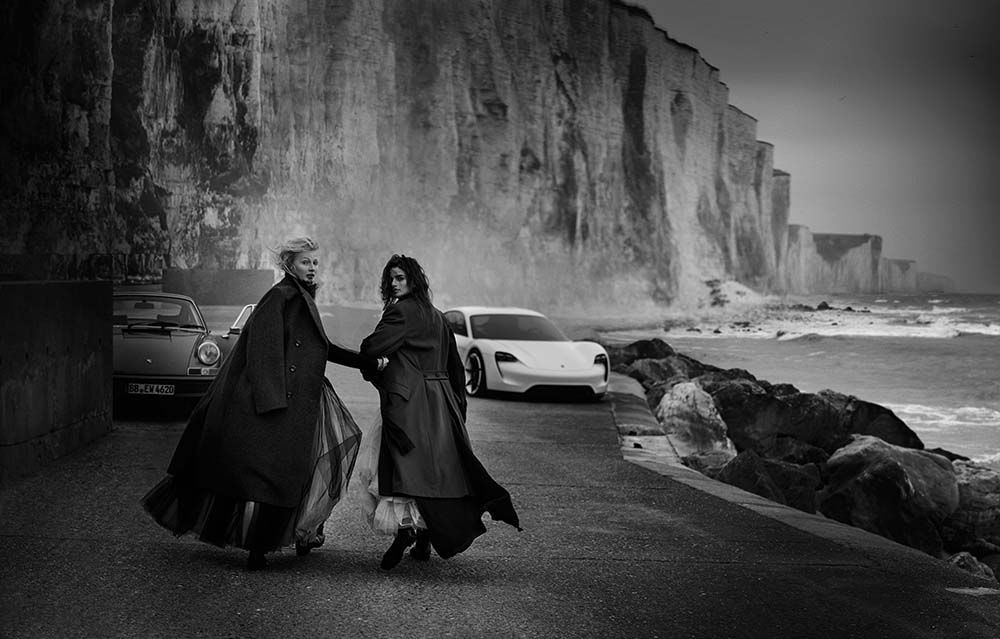 The “Porsche Talent Project” is just the latest chapter in the Stuttgart-based automotive manufacturer’s ongoing history of involvement in culture and the arts. Among the events supported by Porsche are the Leipzig Opera Ball and the Ludwigsburg Festival. Porsche also has long-standing co-operations with internationally renowned institutions such as the Leipzig Gewandhaus Orchestra and the Stuttgart Ballet. 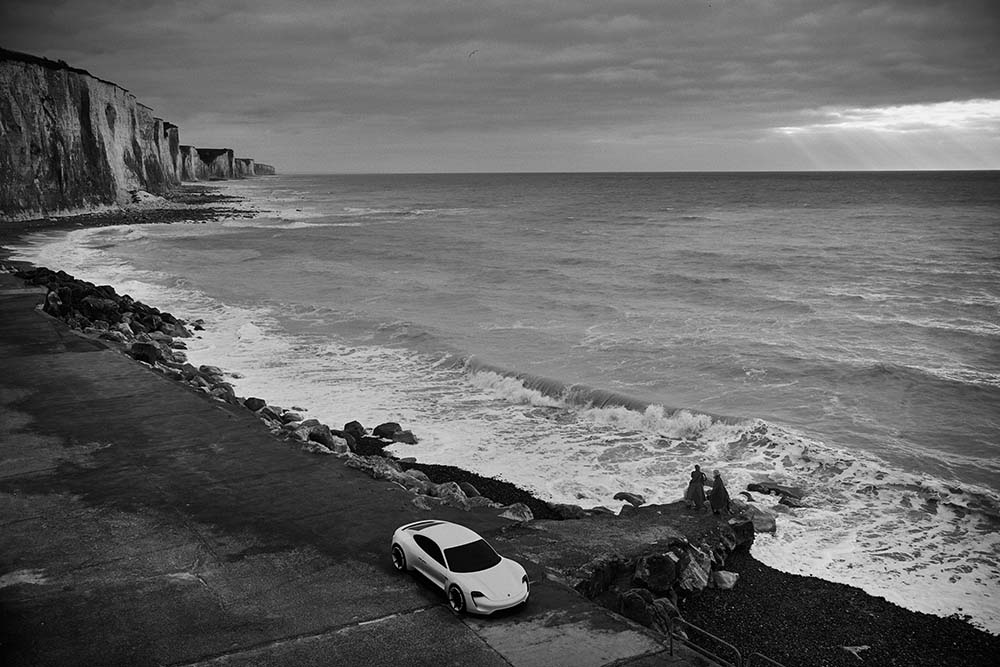 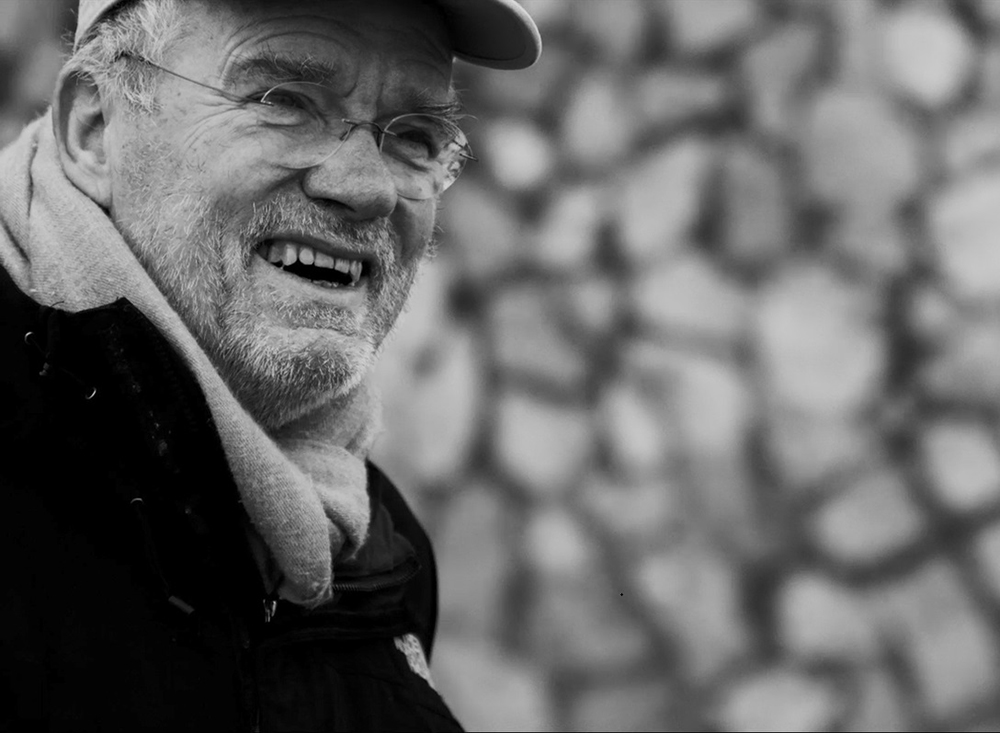 It’s clear that you are passionate about sharing your knowledge and ability, and about taking on the role of mentor. You are also helping to support talented young people as part of the Porsche Talent Project. Where does your passion stem from? And what advice would you give to aspiring photographers?
In truth, this is a new passion for me. In the past I often declined this kind of project because I simply didn’t have the time. But in February 2017 I said yes for the first time, and I was amazed to discover how much I, too, could learn from projects like this. I think it’s an interesting experience, because you are forced to think about your own motivations as well. I would encourage aspiring photographers to sit down with a sheet of paper and think about what they want to do next week. Then they should go and photograph exactly that.

What made you want to photograph this Porsche project? What did you see in it?
This was an interesting project for me on a number of levels. For one thing, the prospect of shooting a classic 911 and the first fully electric Porsche together was incredibly appealing. I was also excited by the idea of integrating people into this scene in a very natural way. And none of the subjects, neither human nor car, was dependent on the other. The two models knew exactly what to do to make sure it didn’t just look as though we’d posed people in front of a car. It was very interesting to observe this process. And the result was a unique kind of poetry. Luckily we had bad weather. The images would never have had this striking effect under a blue sky.

Porsche is steeped in tradition, a legendary German brand. Are there also historical aspects to your photographic interpretation of this topic?
Back when I was a child, my knees would begin to tremble when I heard the sound of a Porsche engine. I think it’s wonderful when moments like this become memories that inspire you. For me, the Porsche legend was always something very special. And the brand has continued to express itself in a unique and personal way. I’ve always appreciated that.

When you photograph a car, do you also feel a human connection?
Yes, although that is dependent on one thing: I need to be given complete freedom to take authentic photos. Just like on this shoot. Porsche gave me free rein, and it was a wonderful and informative experience for me.