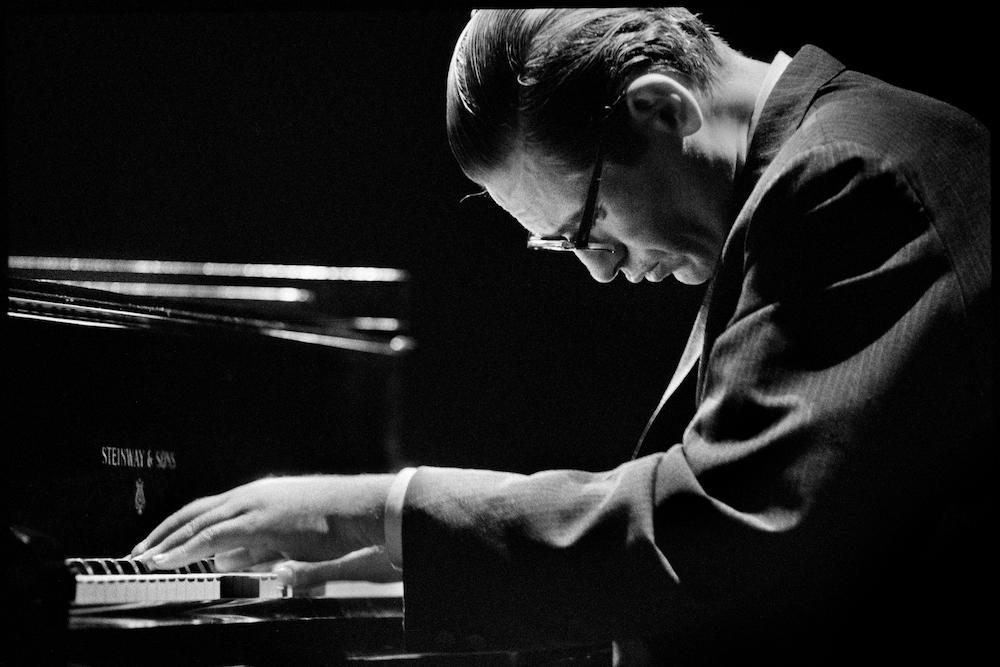 The fierce growl of Mingus’s bass, the reverent pose of Bill Evans bowing to his piano, the ferocious smile of Louis Armstrong, radiating like sunlight behind his shiny trumpet: these are some of the faces that appear in Roberto Polillo’s collection of photographs, entitled ‘Jazz Icons’.Along with these, Keith Jarrett is portrayed dancing above his keyboard, Miles Davis becomes a dark shadow in the distance, Abbey Lincoln is caught in a moment of surprise. The Italian photographer was able to record the soul of the 1960s jazz scene, through the hundreds of protagonists he met with his lens between the years 1962 and 1975.

Some as they bring their lips to the next cigarette, others to their trumpets; some shaking hands with fellow musicians, others occupied in a spiritual moment of musical revelation. With his careful understanding of photography as an instrument to grasp the soul of time, Roberto Polillo gathered an archive of portraits and visions throughout the years. Rather than simply documenting these performances, he represented the symbiotic connection between the musician and their instrument, where the player almost becomes an appendix of his clarinet, piano or saxophone. Through the specific expressions and postures of each musician, he joins them in a mysterious communion to create a visual representation of their music, as well as capturing the singularities of their soul: in this way, the real instrument becomes the human body, whilst the piano or double bass simply become devices which enable the body to resonate. Through the bold gestures of Gary Burton or the pure yearning of Elvin Jones, both on percussions in their own peculiar manners, the attunement with their musical intentions also emerges. These photographs are not simply portraits, they speak the music itself. 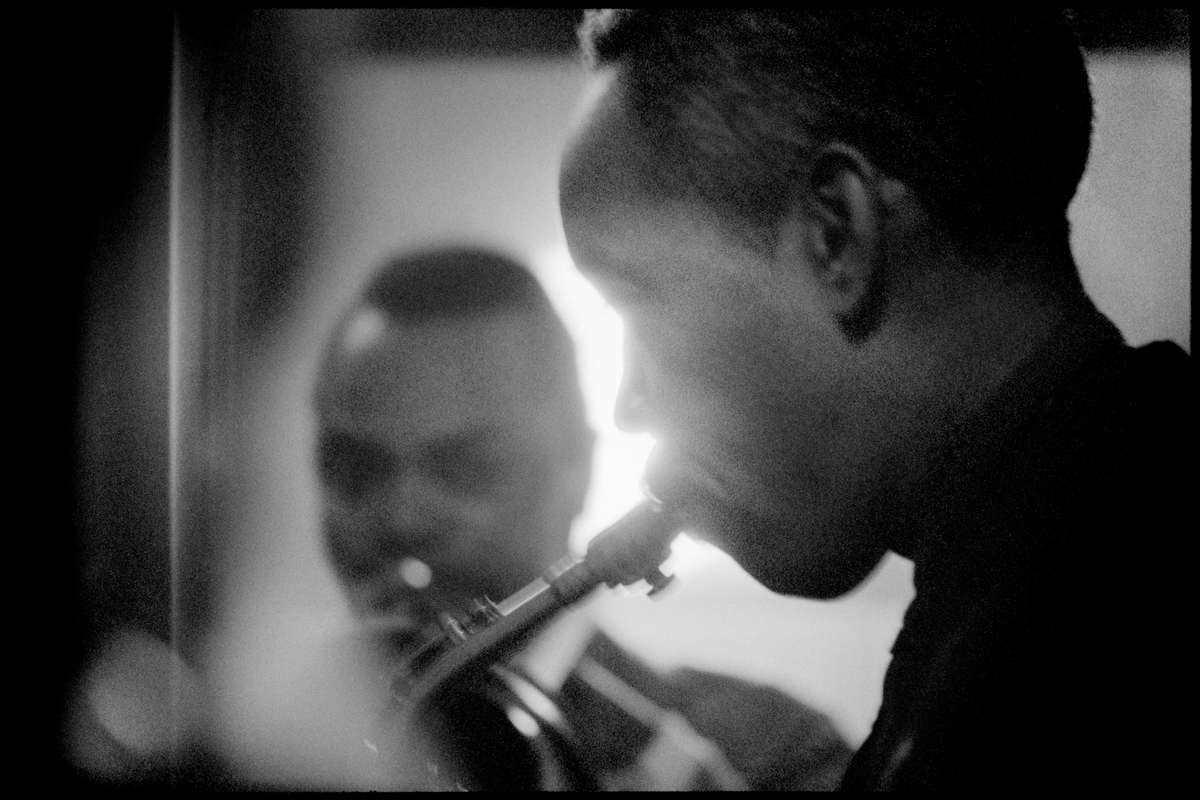 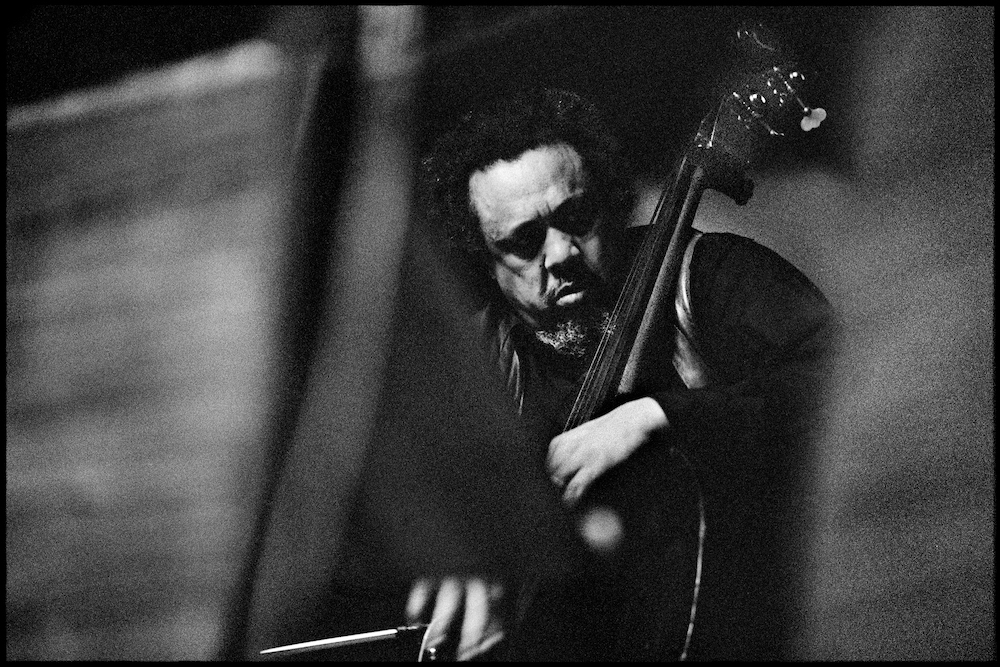 Roberto Polillo was born in Milan to the renowned jazz critic and concert producer Arrigo Polillo, who gave him his first professional camera at the young age of 16, with the task of photographing the jazz concerts he organised or wrote about. After being immersed in the jazz world for a dozen of years, following almost 150 concerts, Polillo took a break from his photography for almost thirty years, where his camera was also stolen and not replaced. In 2003, he rediscovered his passion firstly in analogue, then in digital format by exploring the technique of intentional camera movement. Through this, his photographic language transformed: from the habit of visually representing music itself, his artistic aim became to fully bring out the hidden connections between subject and object, mind and place. This becomes clear in some of his recent major works, such as Visions of Venice, Maroccoand Future & The City, all accompanied by a book and various exhibitions. 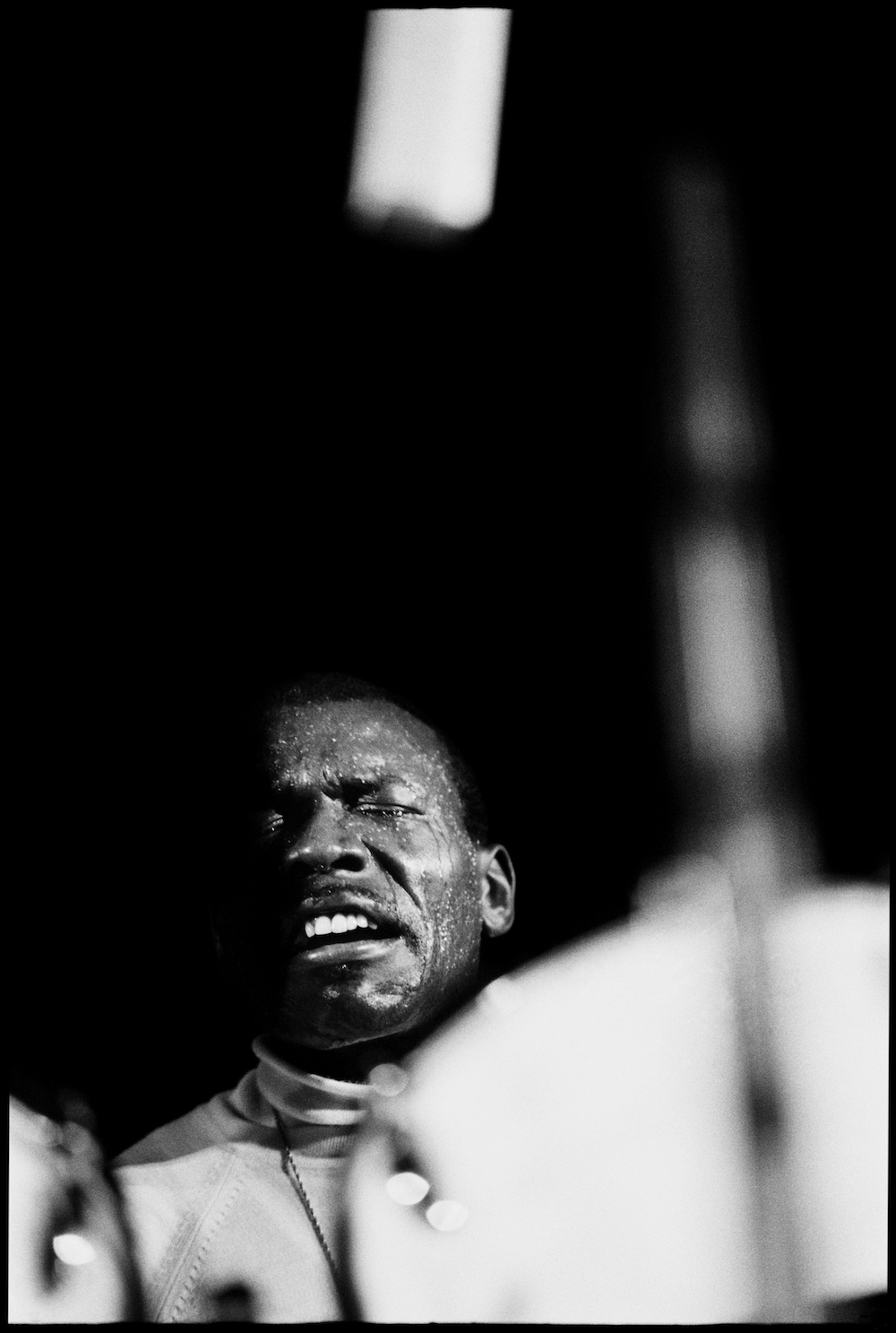 By enhancing the meaning of colour and movement in his shots, Polillo is able to seize the silent spirituality which lies at the root of the present moment, unknown but profoundly emotive. Precisely when, in the words of Paulo Coelho, the archer becomes one with his bow, arrow and target, the photographer steps in to capture this moment of oneness where the eye, mind and heart align. As this happens, there is a constant communication between the viewed scene, which one wishes to grasp, and the gestures that move the device of memory: through this symbiosis, the living dialogue of seer and seen is held within the picture, crossing the boundary between the visible and the invisible. The image becomes an unpredictable attempt of sketching one’s perception of the world whilst being in communication with it, in the pursuit of truth. Movement is the fundamental element enabling this interaction, as the steady images of the great improvisers are slowly transcribed into improvisation itself. In fact, Polillo has mastered the lessons of jazz and applied them to his photography, capturing through sound and colour the interactions between subject, object and the surrounding environment. In a silent way, his search for truth thus always remains, in his own words, ‘’an exploration of the world through a moving eye.’’