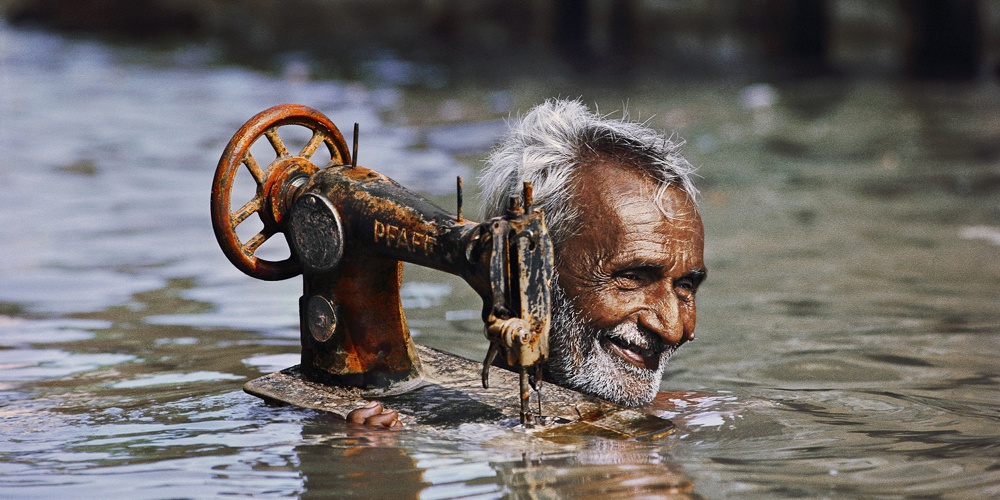 Award-winning photographic journalist Steve McCurry takes inspiration from the unforgettable words of Nelson Mandela to create an exhibition of inspiring photographs at the Mandela Centre of Memory in Johannesburg.

In the latest instalment of its Power of Words project, Montblanc collaborates with world-renowned photographic journalist Steve McCurry to present an exhibition of captivating and powerful photographs. Opening on July 16th 2015 at the Mandela Centre of Memory in Johannesburg, the exhibition will feature a selection of McCurry’s remarkable images curated by the photographer himself, interpreting visually some of Nelson Mandela’s most remarkable words. “Few world leaders have inspired humanity with the same passion and conviction as Nelson Mandela did with his simple yet powerful words”, explains Steve McCurry. “It is an honour to be invited to lend the photographs I have taken and the people I have immortalized over the years, to celebrate the incredible words of Nelson Mandela, words that continue to inspire so many people today. As a photographer, my mission is to try to find ways to capture through pictures the hope and resilience of humanity in the face of adversity, social inequality or war. Nelson Mandela did so effortlessly, yet with extraordinary meaning through the universal power of words.” First launched by Montblanc in April 2013 in partnership with Times Square Alliance, the Power of Words project started as a short film video directed by Nabil Elderkin, projected in New York’s iconic Times Square every night shortly before midnight for a month. The following year, in partnership with the Tribeca Film Institute and Out of Africa Entertainment, the Power of Words expanded, bringing together established filmmakers and inviting them to collaborate with TFI’s Tribeca Film Fellows to interpret the Nobel Peace Prize winner’s most legendary and powerful words in film. This series of short films ommissioned by Montblanc, gave new meaning to Mandela’s peaceful vision and connected his legacy to present-day generations. 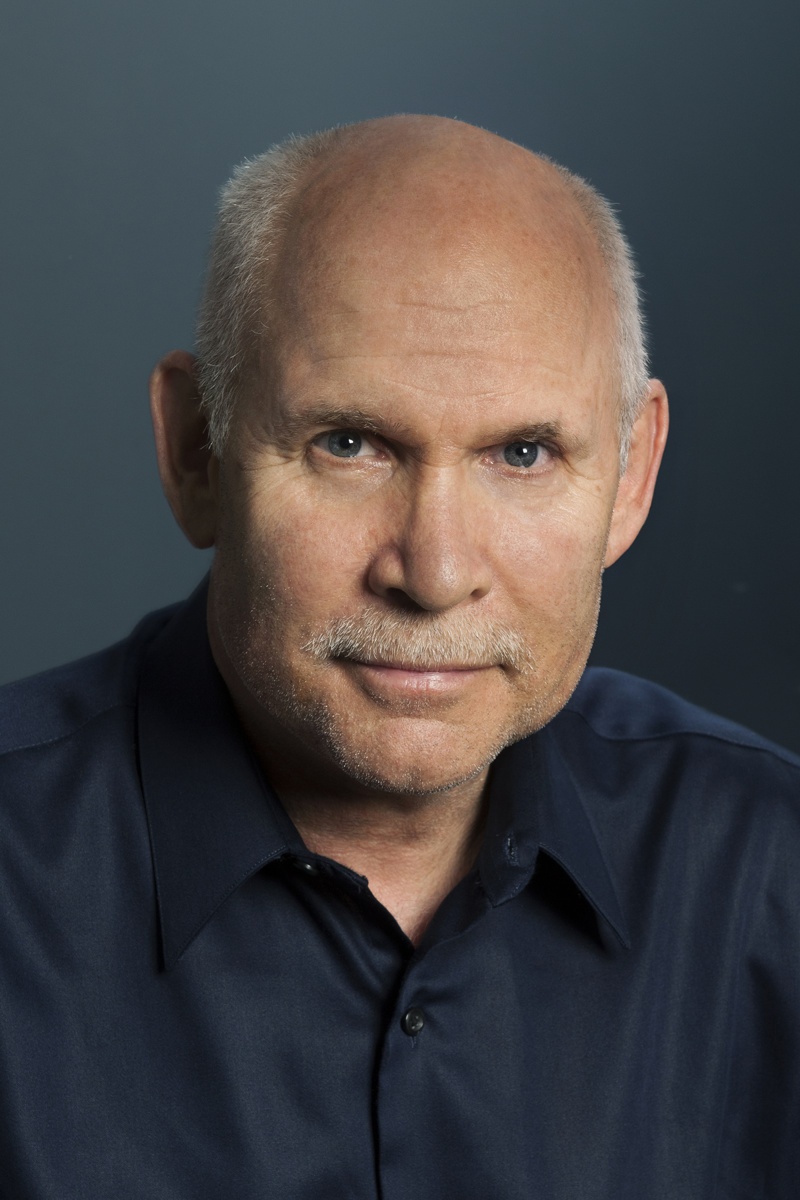 For a two-month period, visitors will be able to discover McCurry’s powerful images alongside Mandela’s inspirational words at the Mandela Centre of Memory. From Tanzania to Tibet, each of the photographs from McCurry’s incredible body of work has been carefully chosen to bring to life the words that he shared with world audiences during his lifetime. Whether a poignant visual of woman begging to survive in Afghanistan, the solidarity of Rabari tribesmen in India sharing water or moment of tenderness shared by a father and son tucked in a hammock in rural Columbia, McCurry’s images reveal the meaning of Mandela’s words. While poverty continues to afflict many people, and struggles around the world are very real, he invites us to find hope in the small things and come together to overcome the greatest challenges. As Mandela liked to remark, “I am not a saint, unless you think of a saint as a sinner who keeps on trying.”Philadelphia-born Steve McCurry has been one of the most iconic figures in contemporary photography for more than thirty years. It was after he crossed the border from India into Pakistan, and was subsequently smuggled by a group of refugees into war-torn Afghanistan, that the undercover McCurry captured images that were among the first to show the world the brutality of the country’s invasion. Since then, McCurry has gone on to create unforgettable images over six continents and numerous countries earning him many awards among which an unprecedented four first prize awards from the World Press Photo contest. His body of work spans conflicts, vanishing cultures, ancient traditions and contemporary culture alike - yet always retains the human element that made his celebrated and unforgettable image of the Afghan Girl such a powerful image. 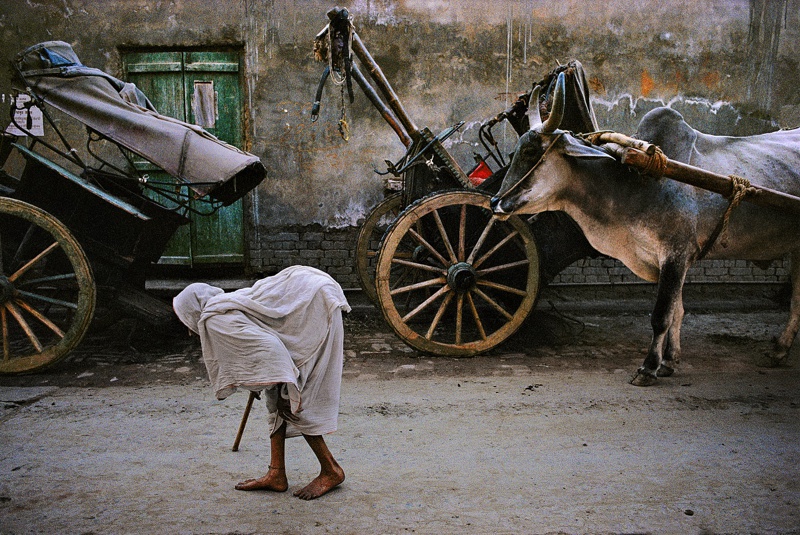 Coinciding with the Power of Words exhibition, Montblanc is introducing a limited edition stationery line created in partnership with the Nelson Mandela Foundation. The elegant notebook in bright yellow Saffiano, a leather colour reminiscent of the South African flag, is embossed with the shape of the African continent based on the names of its countries The initial pages inside feature Mandela’s portrait paired with one of his famous quotes highlighting the importance of the written word: “A good head and a good heart are always a formidable combination. But when you add to that a literate tongue or pen, then you have something very
special Designed to capture personal thoughts and ideas, the notebook is available exclusively for the first three months through Montblanc’s e-commerce site worldwide and in select South African Montblanc boutiques, before being sold in Montblanc locations worldwide. The latest addition to the Power of Words project underscores Montblanc’s commitment to preserving the legacy of great thinkers and immortalizing powerful words for the benefit of future generations.
As a company rooted in the culture of writing, Montblanc believes in the importance of meaningful words, and access to education for all. With the Power of Words, whether through the written word, film or in photography, Mandela’s inspiring vision for democracy, peace, social equality and learning lives on, continues to inspire. 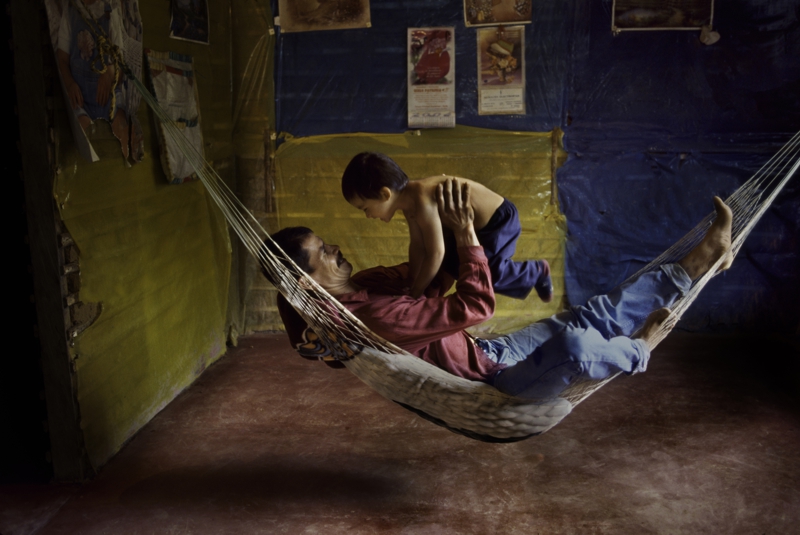 About the Nelson Mandela Foundation (https://www.nelsonmandela.org)
The Nelson Mandela Foundation was established in 1999, when its Founder, Mr Nelson Mandela, stepped down as the President of South Africa. Nelson Mandela was South Africa’s first democratically elected President. On 9 May 1994, soon after our landmark election results were in, he was unanimously elected President by South Africa’s new Members of Parliament. The next day, Nelson Rolihlahla Mandela was sworn in at an inauguration ceremony at the Union Buildings in Pretoria. He vowed to only serve one term as President, and in 1999 he stepped down to make way for President Thabo Mbeki. Soon after the new President was inaugurated on 16 June 1999, Mandela was on the telephone to rally his staff for the new tasks ahead. They had to remind him they no longer worked for him, and so the Nelson Mandela Foundation was born. As Mandela’s post-presidential office, it provided the base for his charitable work, covering a wide range of endeavours: from building schools to HIVAids work, from research into education in rural areas, to peace and reconciliation interventions. Five years later, the Foundation began its transition into an organisation focused on memory, dialogue and legacy work. A comprehensive refurbishment of the Foundation’s building provided it with an appropriate physical home, the Nelson Mandela Centre of Memory. The Centre was opened on 18 November 2013, three years to the day after Mandela last used the building as his office.

About Steve McCurry
Steve McCurry has been one of the most iconic voices in contemporary photography for more than 30 years, with scores of magazine and book covers, over a dozen books, and countless exhibitions around the world to his name. Born in a suburb of Philadelphia, Pennsylvania; McCurry studied film at Pennsylvania State University, before going on to work for a local newspaper. After several years of freelance work, McCurry made his first of what would become many trips to India. Traveling with little more than a bag of clothes and another of film, he made his way across the subcontinent, exploring the country with his camera. It was after several months of travel that he found himself crossing the border into Pakistan. There, he met a group of refugees from Afghanistan, who smuggled him across the border into their country, just as the Russian Invasion was closing the country to all western journalists. Emerging in traditional dress, with full beard and weather-worn features after weeks embedded with the Mujahideen, McCurry brought the world the first images of the conflict in Afghanistan, putting a human face to the issue on every masthead.