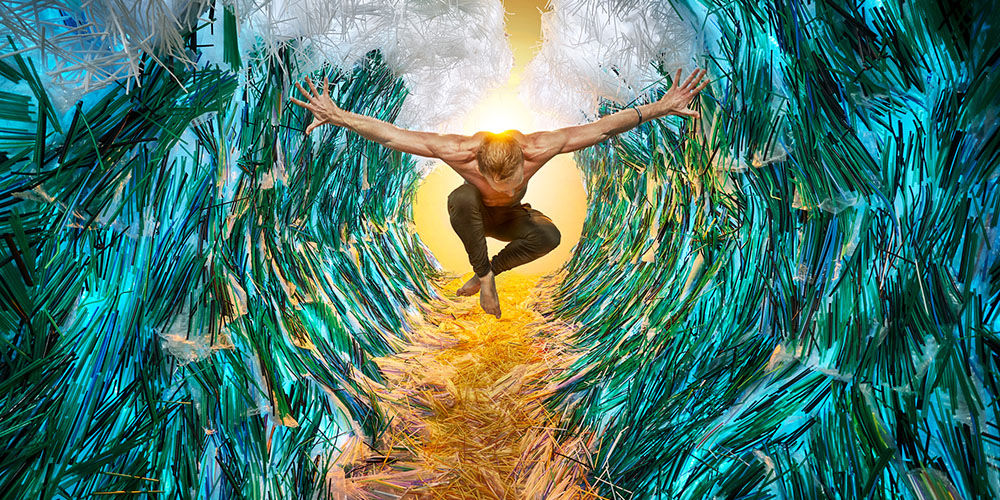 Nature is being taken over by the little bad habits that we carry with us everyday and these may come in the form of a simple, lethal plastic straw. Actually, a lot of them. In fact this frightening wave of plastic that is starting to colonise the ocean is what moved a former miner engineer to resign and dedicate his life to photography, becoming the now famous artist and environmentalist Benjamin Von Wong.

His talent in conceptualising and developing projects and the positive response of his astounded public has brought him to fully devote himself to environmental awareness, giving the creative process an active purpose. From this turning point, Benjamin has never settled for mediocrity and has expressed in each of his works a strive for something outstanding, that could both deeply perturb and strongly inspire its public. For this reason, he and a group of passionate volunteers have collected discarded straws to give them a second chance and created ''The Parting of The Plastic Sea'', a mesmerising sculpture made with 168,000 used straws with the aim to raise awareness and encourage people, showing them that no matter how small they may seem, their actions have a strong impact on the world. Through this and many other projects, Benjamin has forced humanity to face and question its corrosive routines, and at the same time he has offered the possibility to understand that our habits can always change the world, thus we are the ones who stand in the middle of the parting sea, and it's up to us to choose whether to let the 'strawpocalypse' sweep us away, or finally put up our mindful fight.

I personally like the term Artist best as it sort of summarises me without limiting me to one single thing. I'm technically an influencer, blogger, videographer, director, creative director and producer too, but none of those are summarised in any of the other words. I enjoy working on humane projects just as much as environmental ones too! In some ways I think the world needs to fit you into a box, and I understand the need for it from a marketing perspective, but I would definitely call myself "Artist". Wow um. If I had to describe myself in three words it would be: Unconventional, Analytical, Blunt.

Your relationship with photography was progressive and required a lot of courage. How did you get started and what inspired you to change?

I guess the story is simple, I was a mining engineer that had a passion for crazy photography. When I quit my job, I didn't have any sort of long-term plan. It was more organic. It pretty much started with my waking up one morning and realising I wasn't going to be an engineer for the rest of my life. Most of my inspiration comes from the real world - networking and connecting with people and companies. Understanding what challenges they're going through, and figuring out if a creative solution can be found. I actually see myself as less of a creative and much more of a problem solver: I love breaking down seemingly large problems into smaller more digestible ones. 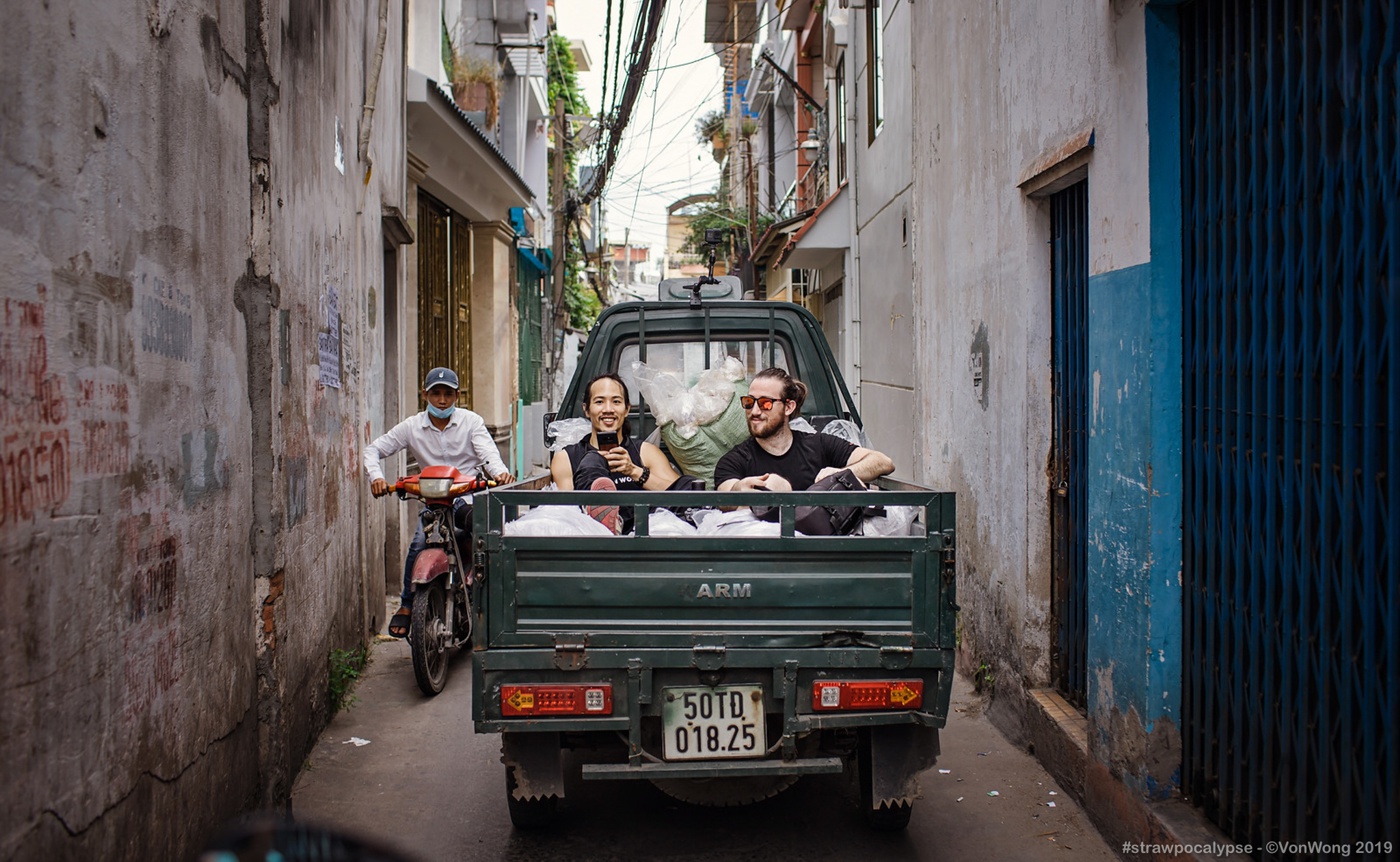 What sparked you to bring together art and activism, as a practical?

I never really decided to become an environmental activist as much as I stumbled on it. I think that everyone has a general understanding that climate change is a thing, or that ocean plastics is a threat or that e-waste is on the rise, but few take the time to actually dive into the topics. So I sort of came across it when I had the intention of making a difference with my art. I think that when you start LOOKING for ways to have a positive impact, that's when you start stumbling across different ways to have an impact!

What is nature to you?

Or more generally what is the role of man in nature and what is the best way to connect with it? In one word? I think: Necessary. I don't think I follow the traditional flow of an "environmentalist". I very much enjoy city life over rural nature - but city life depends on a stable environment. I think it is less about taking sides and reconnecting with our wilder sides, but simply striving for a better balance that is less about overconsumption and more about redistribution. Redistribution of privilege, access, resources.

Relating to all the works you have done and the feedback you got so far, when did you know what you were doing was the right thing?

That's an interesting question. I'm not entirely sure anybody knows if/when they're doing the right thing. Or if they do (or think they do), that's equally subject to change. Our lives are a journey, not a destination and if there's one sure thing in life is that change is constant. I think that the feedback loop is important to stay connected, motivated and growth oriented but the questions I find most important are the ones that you ask yourself:
Did you learn something new?
What impact did you have?
Are projects like these sustainable?
What would you do differently next time around?
Can you repeat the successful portions of the project?

What is your favourite project so far and why?

One of my favourites is the #Mermaidshateplastic series I shot in September of 2016, but released it in December 2016. I shot the project partially because my sister's wedding just happened to be in Montreal and the mermaid tail designer also just happened to live in Montreal. It was at the time when the Great Pacific Garbage Patch was getting a lot of attention and it seemed like a great way to shed light on the problem in a visual and emotional way. In the case of this project, we used 10,000 plastic bottles which represent the average number of plastic bottles a single American might use over the course of their lifetime. That means that if we changed the hearts and minds of 0.01% of the 37 Million people who watched the video, that could theoretically represent roughly 37 Million less plastic bottles used! 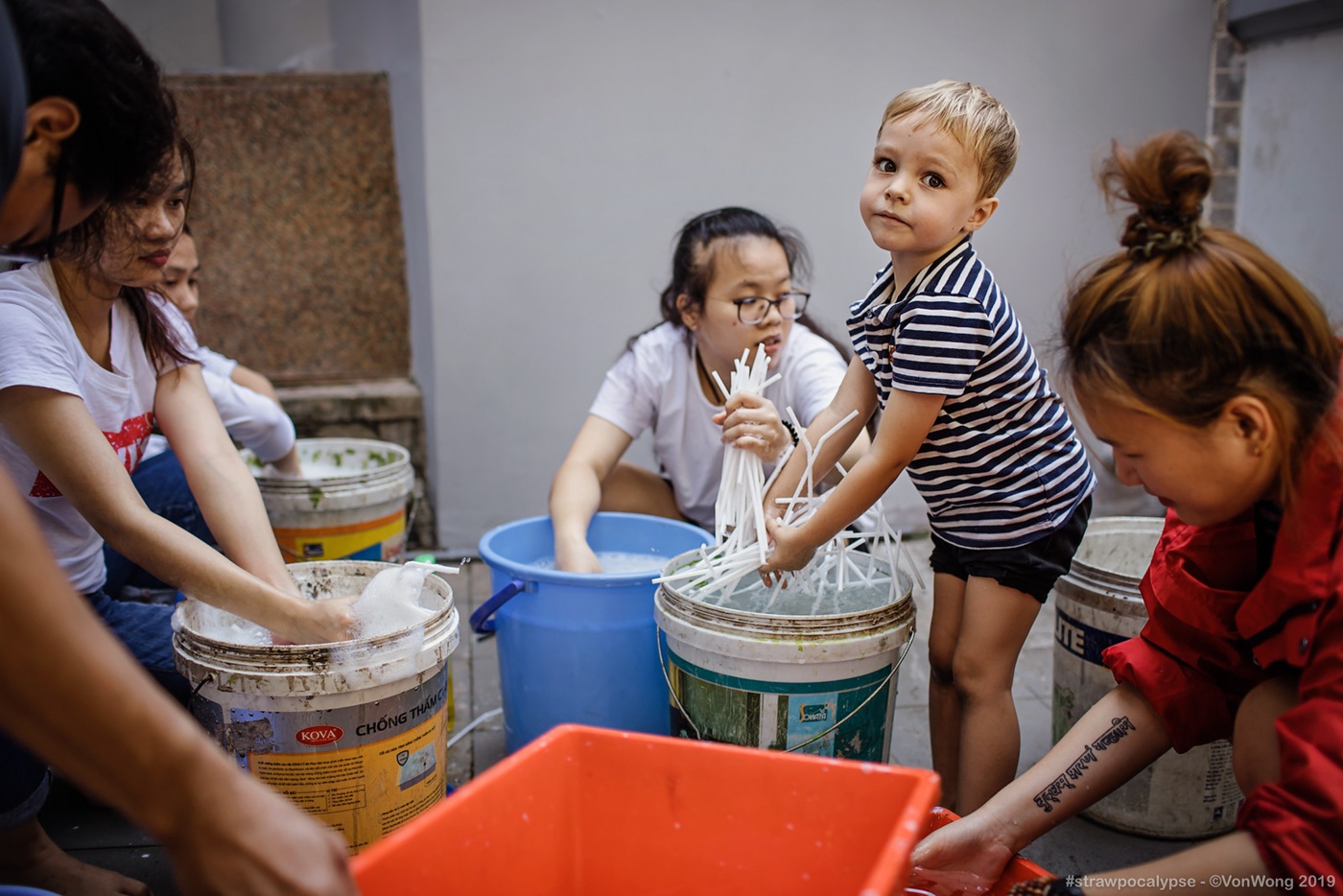 What is your message to young people who strive to make a difference?

At the end of the day, the projects that are the most successful are the ones that are collaborative, not uni-directional. With regards to the next generation, I think that kids might need to start getting more granular and less idealistic. Although it may not look like it, there are tons of very smart concerned people working towards changing the system but those changes take time. At some point, it's less about telling people about what's wrong and more about proposing an alternative or a better solution.

You have also worked on a few projects that concern not just environmental issues, but also social such as child hunger or cancer. why did you mainly take on the big environmental projects instead of pursuing more human stories?
I'd love to do more human stories - but the problem is that human suffering is hard to conceptualise in a way that doesn't offend anyone.
For example, if I - as a person who never suffered from food insecurity - tries to create a project around my perception of food insecurity - people get offended. Even if I do the research, and collaborate with a knowledgeable non-profit, it's really hard to defend. This doesn't mean that I'm not interested in tackling other human problems - I'm always open to any kind of storytelling challenge - It's just that the opportunity hasn't presented itself yet!

Can art change the world?

I think Art has the power to move and change people.
Can people change the world? 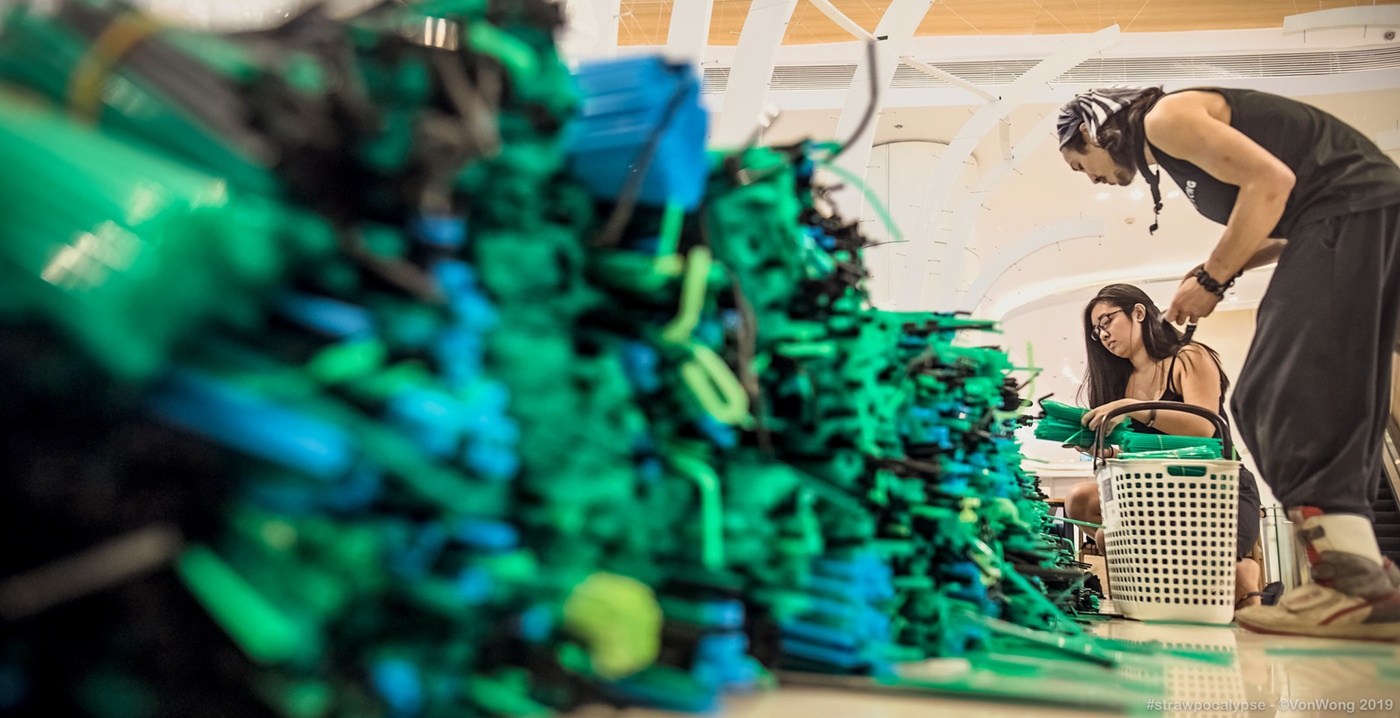 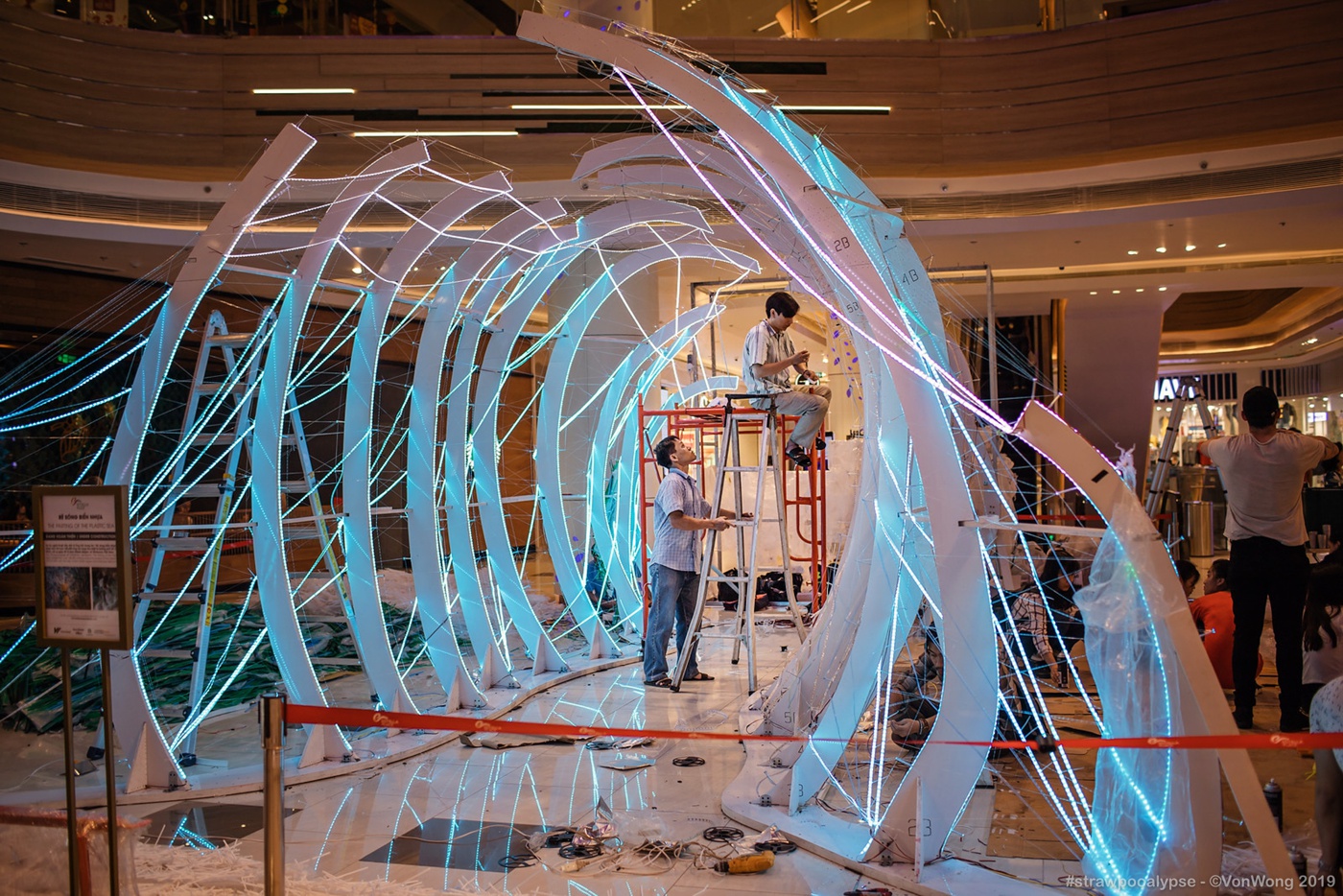 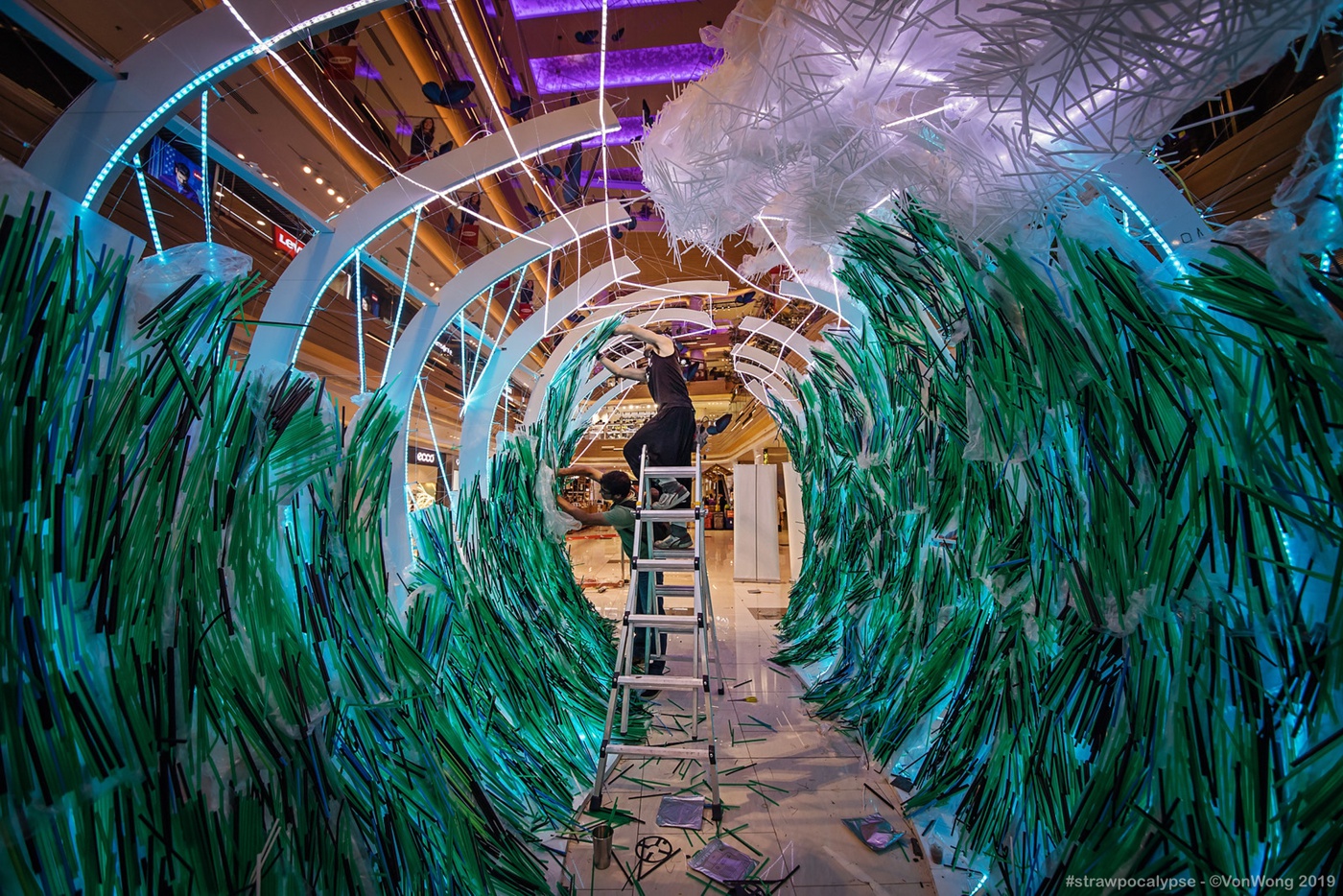