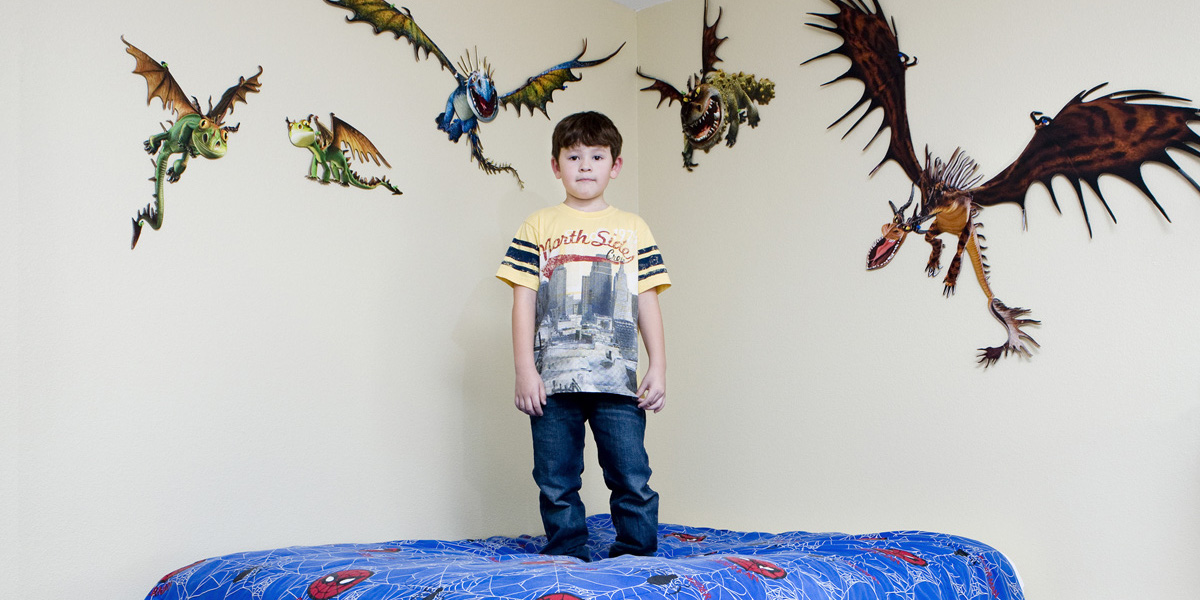 The Italian poet Giovanni Pascoli wrote that within us all lives a small child, with an everlasting sense of wonder which allows them to touch the world with awe and imagination. Whilst we grow older, they stay young; whilst our voices rust in time, their clear sound sings with the chime of a bell. As we struggle to hear the voice of this little child, we must not forget that what brings us all together is the fact we have been one ourselves. These photographs present a glimpse into the life of children all over the world, in an exploration of their favourite toys and means of play. In this encounter, the renowned photographer Gabriele Galimberti talks to us about his project ‘Toy Stories’, walking through his own childhood, projects and visions for the future.

How was your project ‘Toy Stories’ conceived?

The story of this project is quite simple: around 2011 I was working for an Italian magazine and I decided to couch-surf across 56 countries and be hosted by someone different each week. Before leaving for my journey, a friend phoned me asking if I would photograph her daughter, who at the time was 3 years old and lived in the countryside of my homeland Tuscany. When I arrived there she was, playing in the stables with her toys: a rake, a shovel, a wheel barrow. I remember being so impressed by her precision in ordering her toys, that I immediately had to take a photograph. Once I left for my travels I decided to do the same, so I started looking for children to photograph with their toys ordered around them. This project was born from a simple intuition. In the space of two years, I have photographed around 70-80 children with their toys and I still continue today, after ten years.

What is the mission of ‘Toy Stories’?

I decided to only photograph children who were between three and six years old, as our lives at that stage are oriented mostly towards play: we are old enough to make some choices, but too young to worry about other things. In the range of two years, I photographed around 70-80 children and I am still photographing children with their toys to this day, after ten years.

I hope that one day in the future I will have thirty or forty years’ worth of photographs where one is able to notice an evolution in how children play and engage with toys all over the world. I believe that in my photographs it is already possible to observe some differences relating to social class, geography, status, yet the most beautiful thing is that there aren’t great differences between which toys children play with across the world. 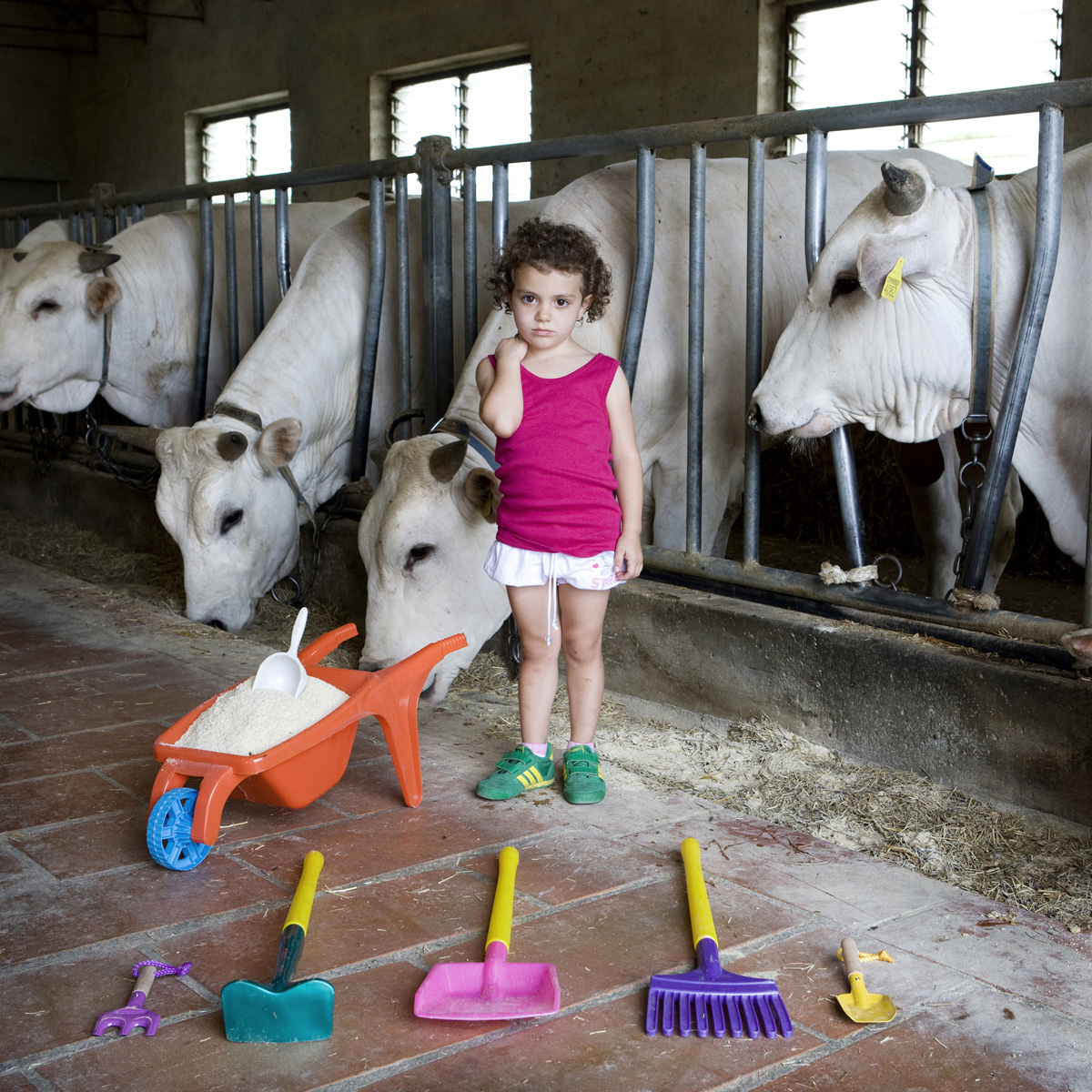 What are the main differences you have noticed in children throughout your journey?

I have noticed that although the shapes of toys may change, the essence generally remains the same. The main differences I noticed were in extremely poor countries, where play takes on completely different forms, or in extremely rich countries, where kids are unable to even choose their favourite toys amongst many. In some very large countries where social inequalities are ubiquitous, these great differences are endemic: in the US or Brazil, for example, the toys of a wealthy child are in stark contrast with those of a child living in favelas. I have noticed that the children who possessed the most toys would also be the most possessive, making it harder to approach them and gain their trust. This is something I have noticed in adults too, in my experience travelling all over the world: often those who have less and lead a simpler lifestyle are also more welcoming and hospitable.

What is the value of play, in your opinion?

I have met a lot of characters in my experience photographing children: some happier, some more possessive, other more curious. At a very young age, it is already possible to notice tendencies within children towards one personality or another, but I believe this may be more connected to their family environment, rather than the toys they play with, which are mostly chosen by their parents. At six years old however, it is more probable that a child is able to make his own choices relating to toys, overriding the interests of their parents. I do not know how much a person’s toys affect their life in the future and I do not wish to make any statements on the matter, as I simply enjoy to delve into people’s lives and return with a story, to document their experience from within.

What is one episode that touched you particularly?

I was particularly touched by my experience in Beirut, where I was photographing a Palestinian child who only possessed one toy. When I arrived, this boy did not want to be photographed and began to cry. His mother however was pushing us both, although I was prepared to leave, as she had heard of my project and wanted a Palestinian child to be included within it. For the next few hours, I attempted to approach and play with the child until he allowed me to take a photograph. It was touching to see how meaningful this was for the mother, who incarnated the struggle for recognition of an entire country and people.

What has travelling taught you during the course of this project?

This is a very difficult question to answer: I have been travelling for over 15 years, amongst various different projects, and I have learned so much, yet I am still unable to define what this may be. One of the main lessons certainly involves interacting with others, learning what hospitality is and how to respond to it. I believe the most important lessons I have learned have happened within, as I have changed so much since the first day I left home. I remember being fifteen years old when immigration in my hometown in Italy was prolific, and I remember noticing how different those people were from me. It is funny to think how much has changed, as now I would be the first one to open my doors to other people. Travelling has the power to change us.

If someone had come to photograph you as a child, what would they have found?

During my early childhood, my favourite toy was a cuddly monkey called ‘Bingo Bongo’, with plastic thumbs and nose. I carried it with me for years, until I was seven or eight years old. I remember it fondly. Other than this, I also had a train track and electric cars with which I loved playing with my cousin. As I grew up, I began to love Legos and as I was approaching my teenage years my only passion became skateboarding, to the extent I wanted to become a professional skater. To me, it was a mixture of play and sport. 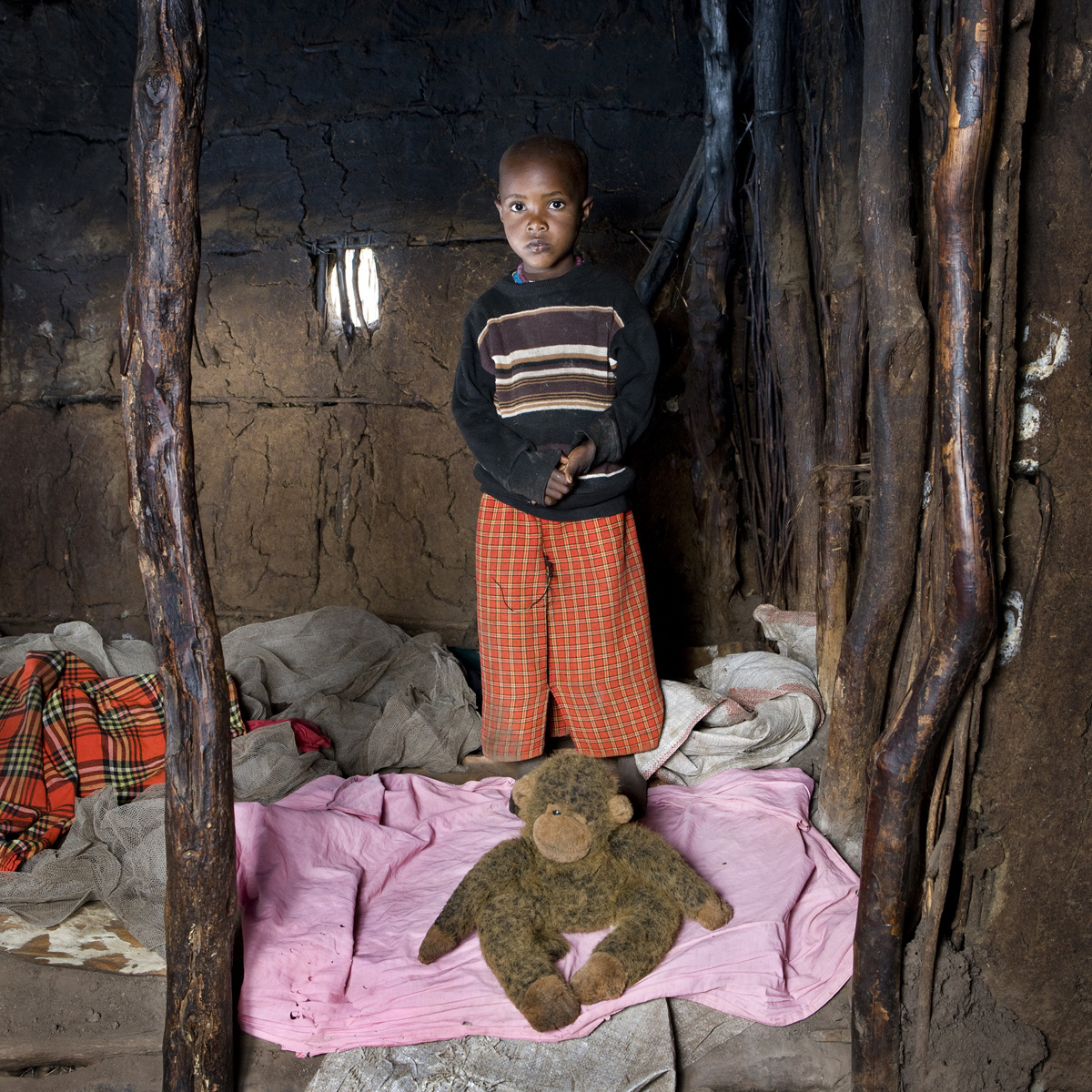 What is photography to you?

My photographs are almost always accompanied by the stories I write, so images and words are combined for the purpose of storytelling. In all my projects, I already see the photographs I wish to take: through the natural elements that people allow me to access in their lives, I construct my photographs, combining real things with the composition and order that defines my language. I would define my work as closely related to journalism, as I have also been recognised as a photojournalist in the World Press Photo prize for my project ‘The Ameriguns’. However, my photos are not spontaneous events: they are planned and ordered according to the language of my storytelling. It is a strange balance of documenting things but also making things happen. I enter people’s homes to observe and tell their stories through my photography: I never photograph places, I always photograph people.

Do you have any projects on the horizon?

I have a lot of ambitious ideas and I am not sure whether I’ll find the resources and time to pursue them. At the moment there are two main projects which I take to heart: these are a new adventure as I have been asked to develop my ‘The Ameriguns’ into a video project, and a new photographic series with particular focus on humans and their environment. I also have other ideas for the Toy Stories project, particularly focusing on the education of children, thus moving into their later years. What keeps me alive day by day however is a combination of several minor projects which are done and dusted in a shorter timeframe, fuelled by my personal projects which develop over the course of several years.