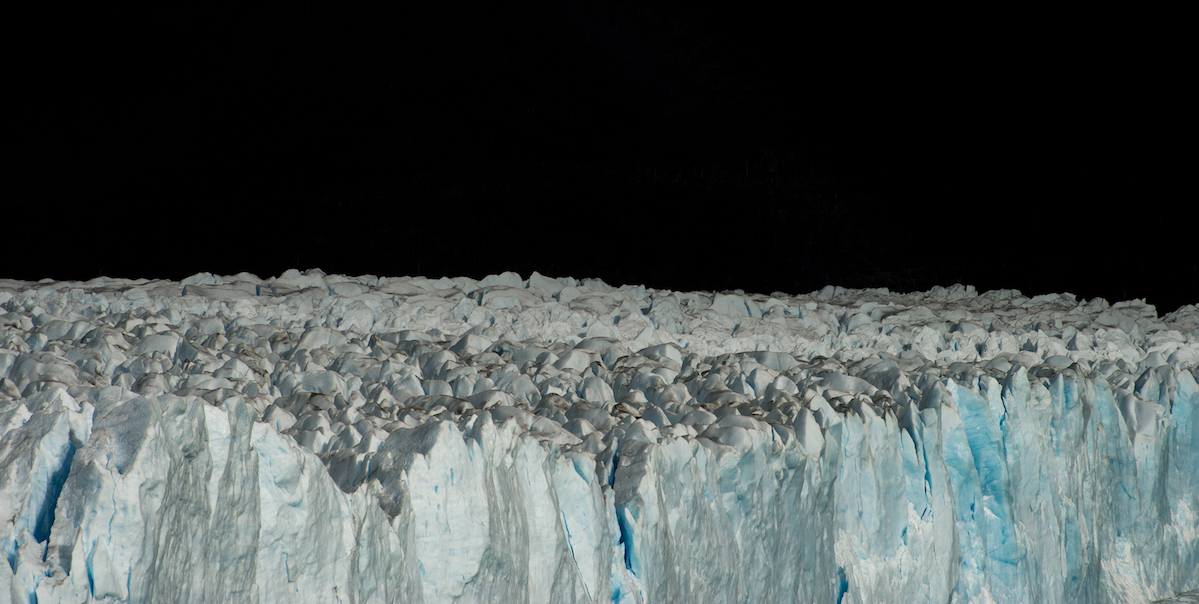 In Agnès Varda’s farewell to filmmaking, she declares that ‘’if we opened people up, we’d find landscapes’’. Be it the whirling pool of ocean waters, the sculpture of a wing enclosed in ice, the mellow figure of a tree covered in snow or the imponent silhouette of a black mountain, Ángeles Peña allows us to glimpse into her soul and land through her suggestive photography.

Always inspired by the sublime power of nature, the photographer grew up amongst the Patagonia mountains, bearing witness and documenting the variegated character of such landscapes. By exploring the textures, patterns and inhabitants that represent the skin of this environment, she is able to capture in single instants the forces that are constantly moulting and conditioning our land, as well as the intimate relationships between these objects and their contexts. Her photography seems to challenge the motionless measurements of time and space, as it reflects the busting energy of hot springs, the passing of seasons, the misty songs of the sea meeting the coast and the melting mountain waters.

By recording this relentless and inevitable transformation, Ángeles Peña portrays nature as a new born, alternative vision of what has been surpassed through these rituals of passage: in her words, ‘’cold, water and ice are inexhaustible objects of study’’ as they are constantly transforming from one instant to the next and never preserve the same shape, pattern or form. Her project aims to represent not the landscape, wild and hostile in the eyes of man, but the path that humanity must walk to understand its insignificant role in perspective to the whole. Through her powerful landscapes, she intends to communicate how everything belongs to the rest, and to blow away their dichotomous nature by sewing together the sea and the sand, the piece and the place, the eye and the land.

“I don’t photograph a landscape, but all of what happens in it. The path, the road taken in its interior. I try to speak from within the landscape, not from a distance.” Ángeles Peña 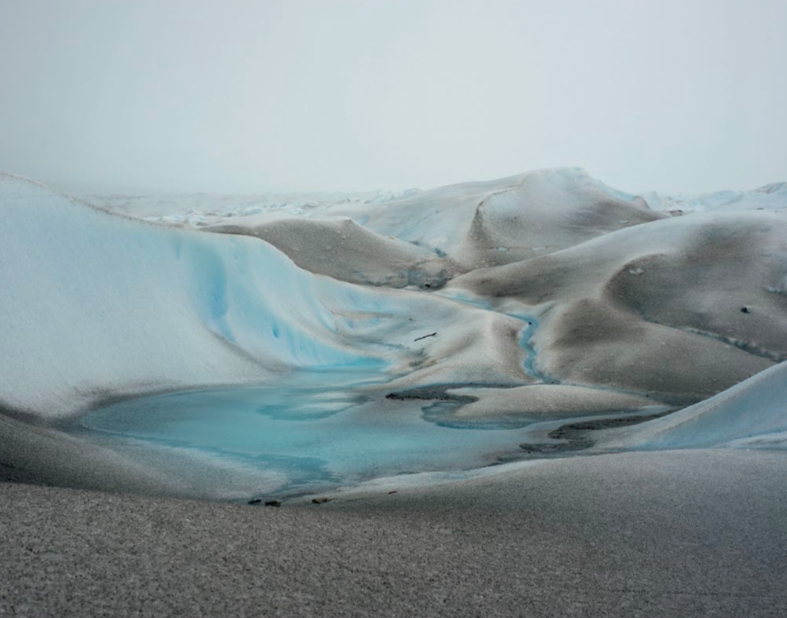 At the bottom of the universe,

at the opening of

and an intense azurine core,

by the breast of the earth.

Open to the skies,

a crater of water levigates

As a mess of stars,

falling from the night

arising as a vapor fog

of a mountain, streaked

by the timid course of waters,

An island of ice stems

the sea, it is all 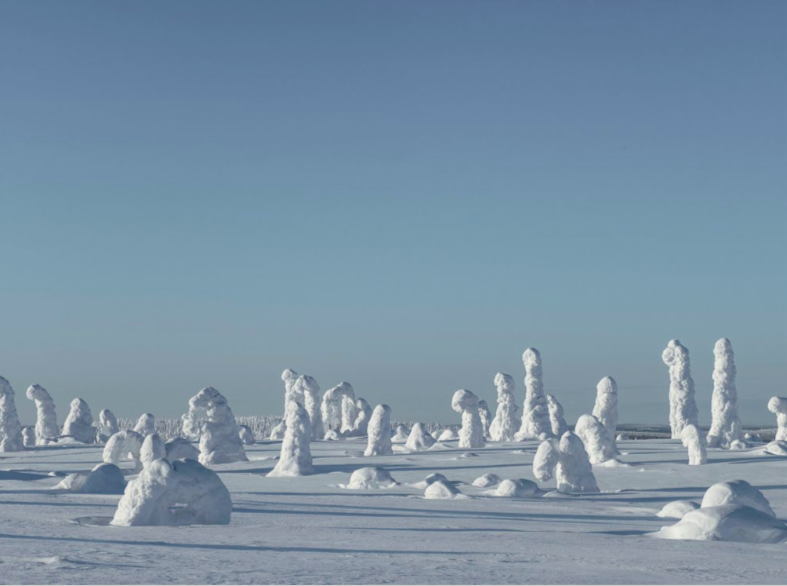 awakening from their slumber:

in their pallid stature.

of snow, as they rise

in the gleaming sunshine, 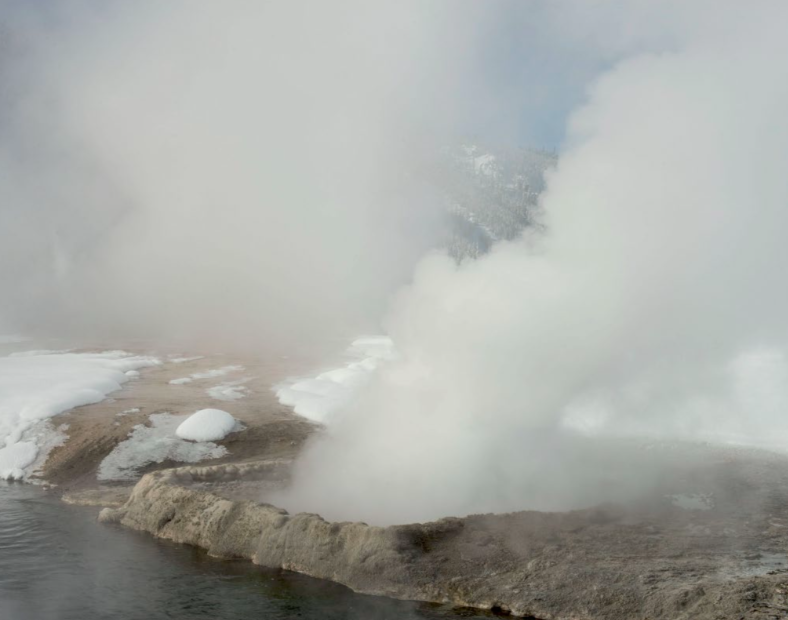 as the hot breath 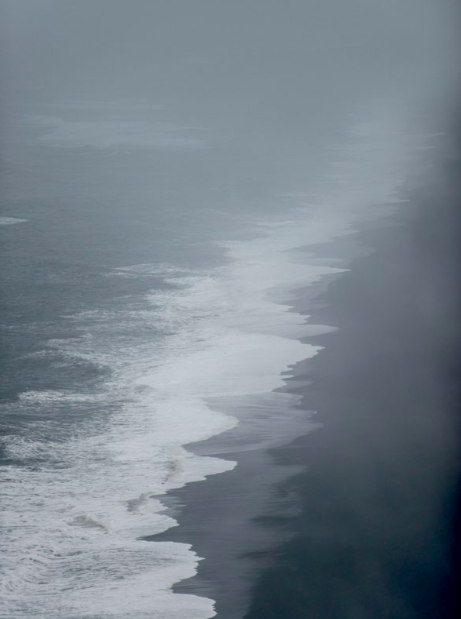 A fine thread is pulled

between the two as one.

The presence of borders fortifies

the faint illusion of identity:

the sea pulls at the sand,

as a child tugging its mother;

the black body of a mountain

stands as a holy idol against

a background of white;

the scar of the land limits water,

as the abrasion of soft skin

made of openings and closure.

A fine thread is pulled

between the two as one.