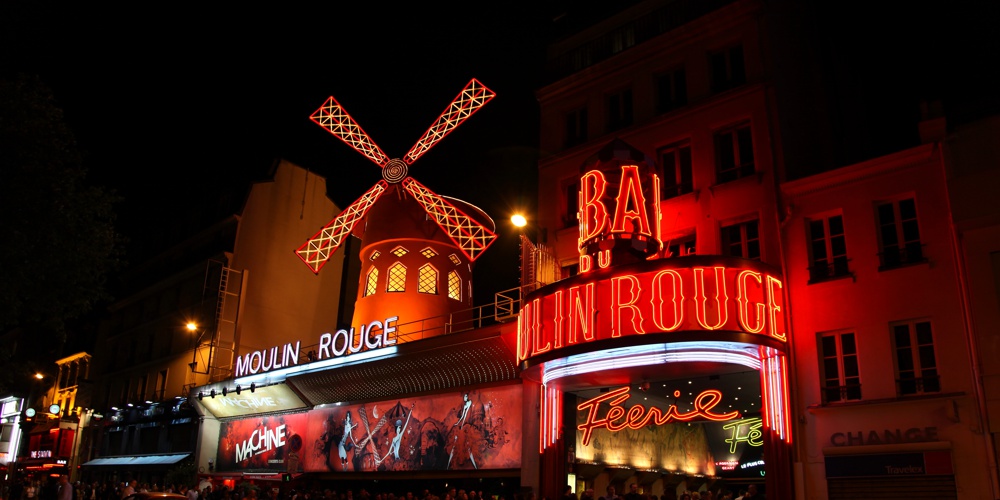 Le plus célèbre cabaret du monde...
The Belle Époque was a period of peace and optimism marked by the industrial progress and a particularly rich cultural exuberance. This moment sat the perfect time for the opening of The Moulin Rouge.

The Expositions Universelles of 1889 and 1900 are symbols of this period and the Eiffel Tower was also buit in 1889, epitomising the spirit of progress along with the culturally transgressive cabaret.
The house was co-founded in 1889 by Charles Zidler and Joseph Oller. Located very close to Montmartre, in the Paris district of Pigalle on Boulevard de Clichy in the 18th arrondissement, the Moulin is marked by the red windmill on its roof.

Le Moulin Rouge is mostly famous to be the spiritual birthplace of the modern version of Can-Can dance. Originally introduced as a seductive dance made by the courtesans who were active in that area the Can-Can slightly evolved into a form of entertainment of its own and led to the introduction of cabarets across Europe.
Stars from all around the world like Ella Fitzgerald, Liza Minelli, Frank Sinatra, Elton John and many more came to The Moluin Rouge. For 110 years, the most legendary cabaret in the world has welcomed millions of spectators who came to admire its famous shows!

Aujourd'hui
Today, the Moulin Rouge is a tourist attraction which offers musical and dance entertainment to visitors. The club's decor still contains much of the romance of the “fin de siècle” in France.
60 Doris girls, 1000 suits with rhinestones, feathers and sequins, amazing international attractions, the famous French Cancan, the giant aquarium await you in the most famous cabaret of the entire world!

The new shows are made of sumptuous paintings, shimmering colours and unique designs as well as new and surprising themes ... Without forgetting original & magical music! Le restaurant du Moulin Rouge
Created in 1889, the Moulin Rouge opened its doors by posing a challenge: that this new cabaret would have become “The Palace of Dance and Women”. Mission accomplished!
Enjoy a dinner of the French tradition of gastronomy orchestrated by the famous Maison Dalloyau in a room of 850 seats made in the Belle Epoque decor style. All accompanied by the best quality of Champagne.
The Moulin Rouge is perfect with family, friends or lovers ... It is undoubtedly the promise of an unforgettable evening. 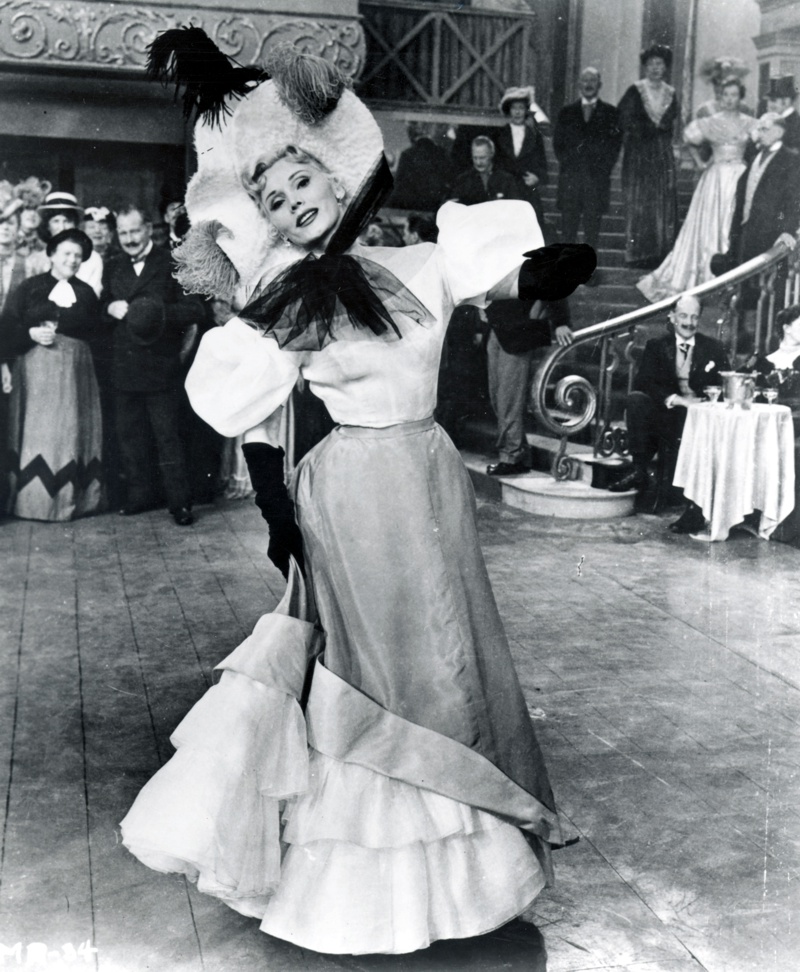 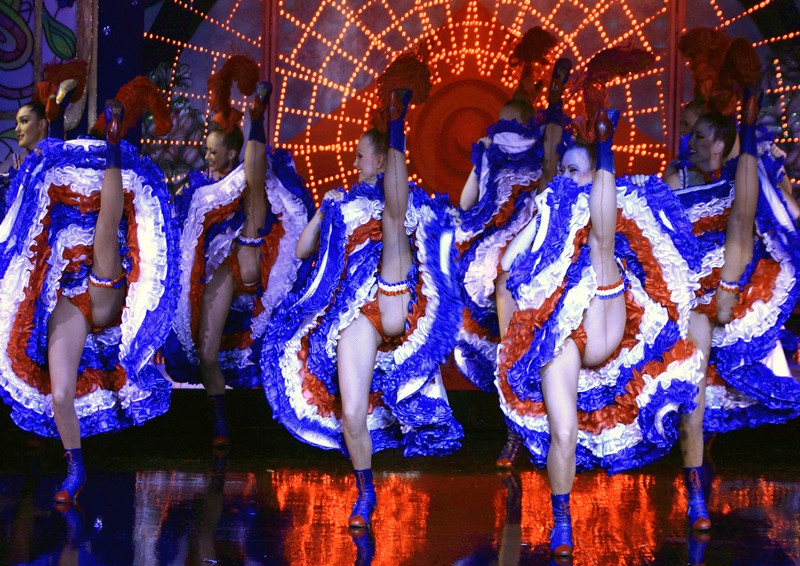 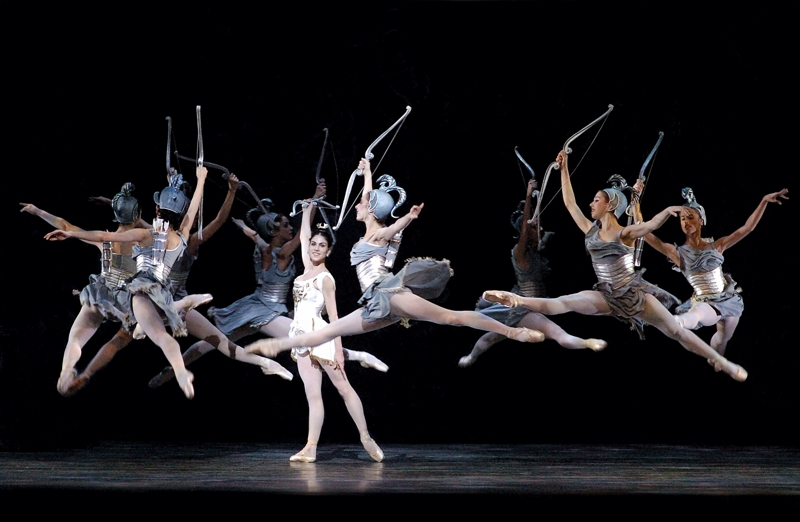 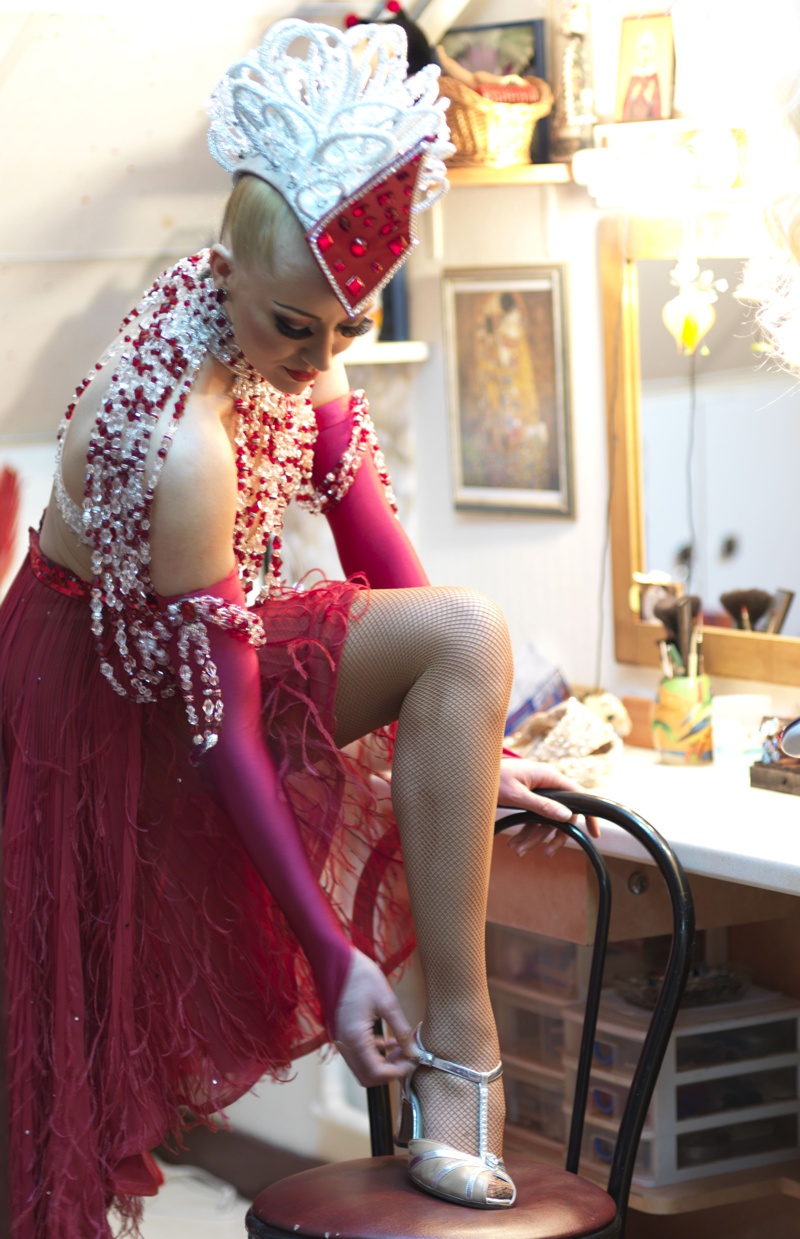 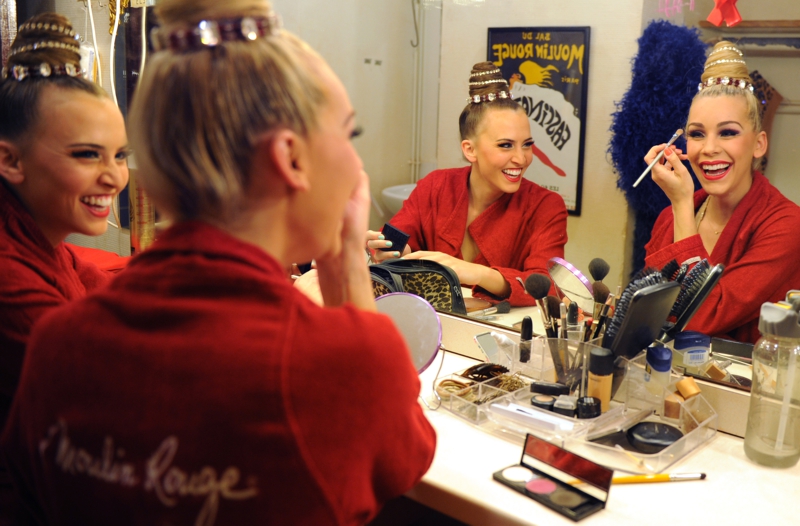